Following an offensive that saw the Taliban take control of almost all districts previously held by the government, the Taliban entered the capital Kabul on 15 August and consolidated their power in Afghanistan. More than 409,000 people have been newly internally displaced by the conflict between the Taliban and Government forces and the Taliban’s territorial expansion from May-August. In addition to the escalating violence and political turmoil experienced, Afghanistan has been facing its second drought in four years – spanning across the country, the continued impact of COVID-19, and is now facing a looming economic crisis and key public services at risk of collapse – impacting an already highly fragile economic situation and further perpetuating critical humanitarian needs after already 40 years of conflict and concurrent natural disasters. Never has the need for information to understand the evolving dynamics, magnitude, and severity of humanitarian need in Afghanistan been more prescient.

In this context, REACH is mobilized to shed light on the evolution of needs and notably interviewed 9,880 households & 7,100 key informants between the 4th of August and the 3rd of October 2021. Through this Whole of Afghanistan (WoA) 2021 Assessment, conducted in coordination with OCHA and the Afghanistan ICCT, REACH has been working with the humanitarian community in to share findings since 15 September, to inform HPC milestones as well as a rapid scale-up in response currently in motion. 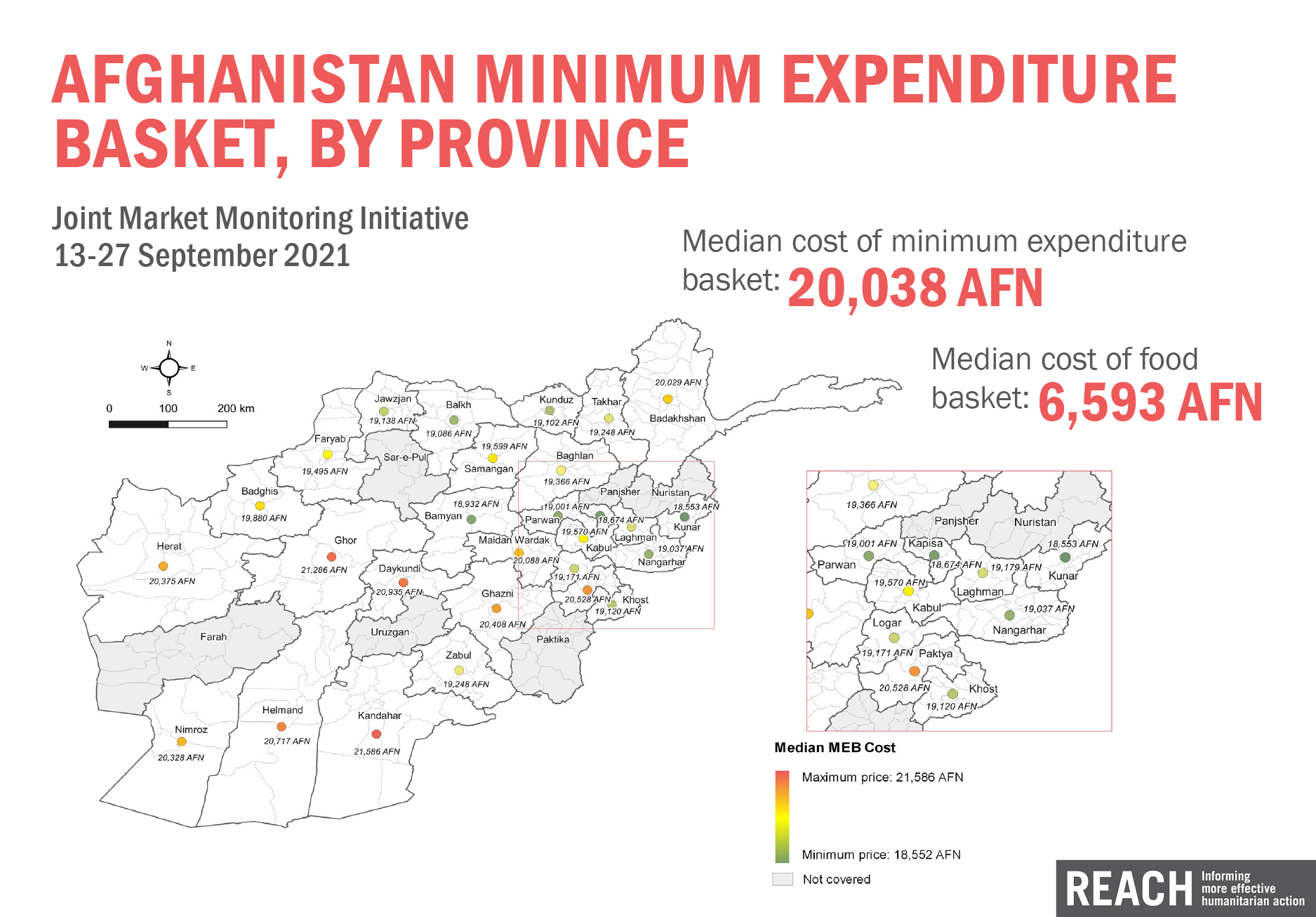 Assuming a continuation of the status quo, with political and economic instability, insecurity, and humanitarian access all to be closely monitored, WoA Key findings already show:

REACH will continue to engage with the community and provide support to planning and implementation, with additional factsheets and reports to follow in the coming weeks and months. Furthermore, in such a dynamic and rapidly evolving context with risk of emergency level needs, REACH is mobilizing to inform a humanitarian situation monitoring system. In addition, given the limitations of collecting data during such a unique period of upheaval and transition, the response also requires a comprehensive re-evaluation. As such REACH will conduct a new Whole of Afghanistan (WoA) assessment early 2022 (Mid-Year WOA 2022).

You can find all datasets and analysis available through the following links on the REACH Resource Centre:

For further information on the methodology, please consult the Terms of Reference, and the Data Analysis Plan and Tool for the Household Survey and the Key Informant Interviews.