Natural disasters such as cyclones and heavy rains are becoming increasingly common on the southern shores of Africa. This trend driven by climate change was made visible in Mozambique where Cyclone Idai swept over the city of Beira and neighbouring provinces across to Zimbabwe. As extreme weather patterns become mainstream, the significance of data required to build preparedness is brought to the forefront of humanitarian action. So is the necessity for rapid response in assessing the needs of affected populations.

Between March 14th and 15th, Mozambique was struck by the culmination of a storm that had gained momentum over the region for the past weeks. When Cyclone Idai made landfall, it brought destruction and damage in its path. The urban areas of Beira, its port, and the rural regions in the surrounding Manica and Sofala provinces all felt the impact of the winds and rain. Idai caused substantial flooding and left entire communities submerged under water, bereft of shelter and in urgent need of assistance. 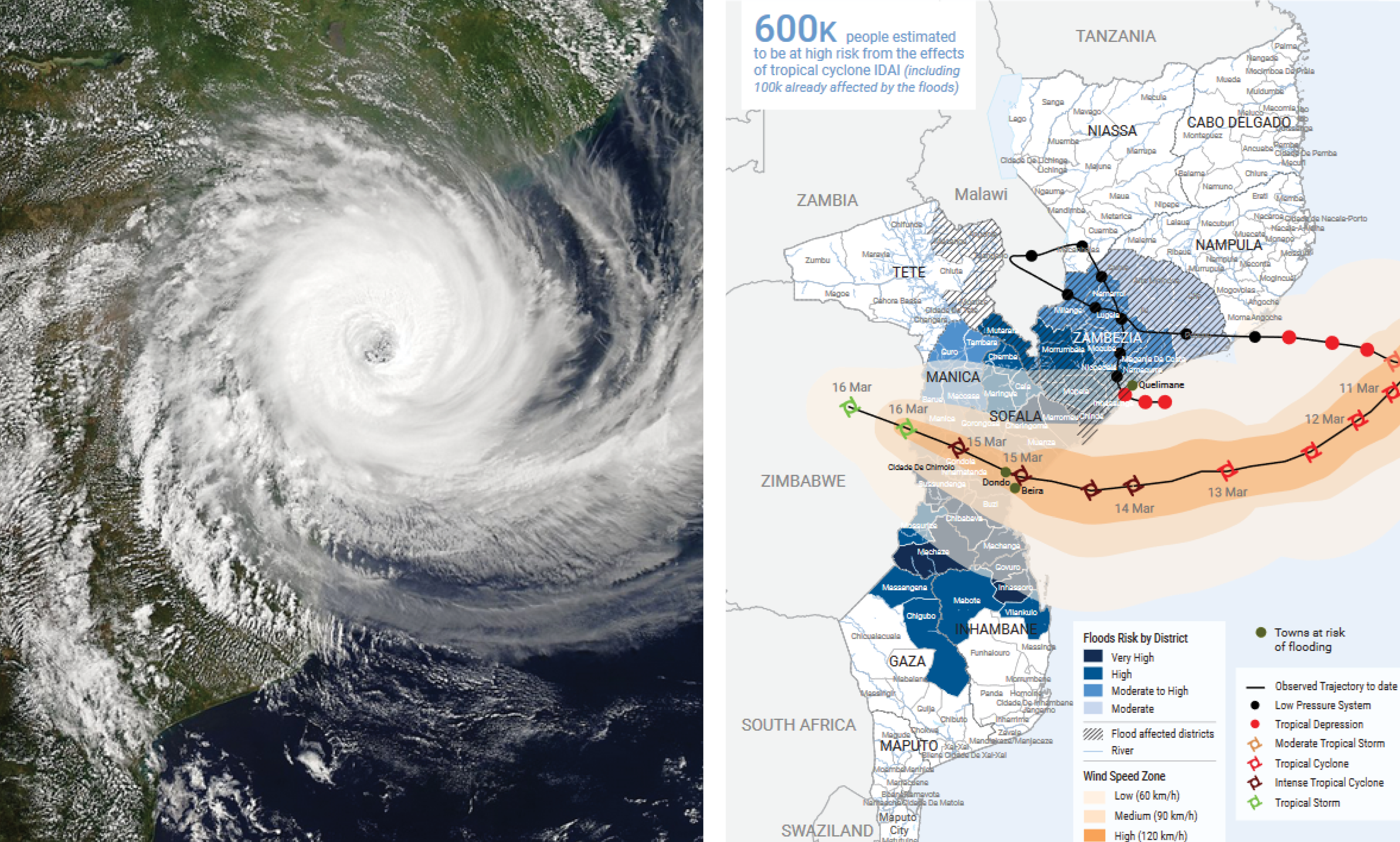 When Elliott Messeiller, senior REACH assessment officer part of the deployment team, landed in Beira,  the cyclone’s impact was visible at every turn. So was the lack of data. Response actors were hitherto forced to navigate with what little information they possessed. The gap between what was available and what was needed readily apparent.

From April 1st to 17th, two weeks after Idai swept across the country, REACH carried out a mapping and survey exercise across the hardest hit regions. The assessment reached beyond urban centres and main settlements to areas that were only accessible by foot, boats or 4×4’s.

With the help of enumerators trained by REACH, household surveys were conducted thus shedding light on the needs of cyclone populations.

“A lot of the information we had at the start of the process was acquired informally or did not cover all the affected provinces, and therefore unreliable. Our number one goal was to structure information, gather data, and strategise on how it could be used by our various partners,” Messeiller explains.

The assessment process began with the training of enumerators and the deployment of team members across affected areas. Data was then consolidated, cleaned and analysed. By the time Messeiller left Mozambique, a rapid assessment covering affected provinces was published and disseminated to response actors. All of this was enabled by the collaborative efforts of over 20 humanitarian actors, including ACAPS, IFRC, MapAction, OCHA and UNDAC.

From urban settings to secluded communities

“The fact that a multi-sector rapid assessment of this amplitude was conducted in such unfavourable conditions is an achievement in itself,” explains Messeiller, recalling the challenges the team faced during the early days of the response.

The assessment not only reflects the community needs of those in accessible areas like Beira, but also the conditions of those located in secluded regions where access was difficult, yet needs just as high. One of the assessment’s accomplishment was giving a voice to those who were off limits to aid and visibility.

Before and after image from Ponta Gea neighbourhood in Beira.

“Everywhere we went, we saw the impacts of destruction. No place was left untouched. The same applies to the humanitarian sectors. The conditions of all sectors ranging from education to protection had taken a toll,” Messeiller elaborates.

The city of Beira, for example, witnessed extensive damage to its infrastructure, which is expected to translate into a slowdown of all levels of development in the near future. In rural areas, 82 percent of respondents reported crops being destroyed or damaged, which in turn will pave the way for further food insecurity and rising health issues.

The significance of collaboration

The rapid assessment continues to be the only in-depth report conducted from the aftermath of cyclone Idai. Treating the data into a comprehensive analysis covering all humanitarian sectors provided a significant contribution to response efforts working to provide life-saving aid. The assessment will also prove valuable further down the line of response. Now that a set of baseline data has been established, the next step is to provide fresh, more granular and detailed follow-up information.

The second point proved by the joint assessment, along with the importance of baseline data, was the strength of collaboration and the impact of shared institutional priorities. With a first assessment completed, the emphasis has now moved to letting information guide collaborative responses both in the short and long term.

For more background information on Mozambique and the effects of Idai, have a look at: 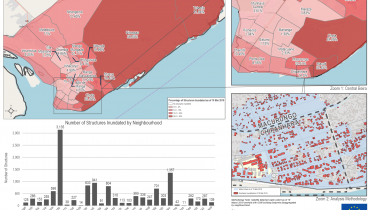 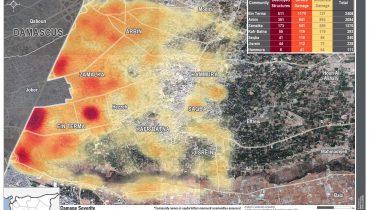 Syria: Worrying situation in the besieged area of Eastern Ghouta, despite slight improvements

Since October 2017, the humanitarian situation in the besieged area of Eastern Ghouta has strongly deteriorated. Following a ban on the entry of commercial vehicles – the main source of food and hygiene items for residents – reports of infant deaths and widespread malnutrition among children made headlines.[1] To better understand the impact of access […] 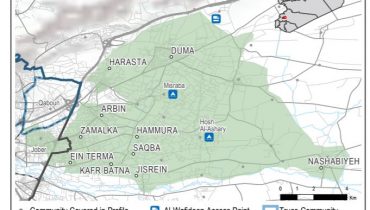 Syria: Assessing needs and vulnerabilities in the besieged area of Eastern Ghouta

Eastern Ghouta is an agricultural region east of Damascus city, home to an estimated 400,000 people. Since the beginning of the Syrian conflict, humanitarian access has been limited and the area has been classified by the UN as besieged in 2013. In October 2017, the humanitarian situation in Eastern Ghouta declined rapidly due to access restriction […] 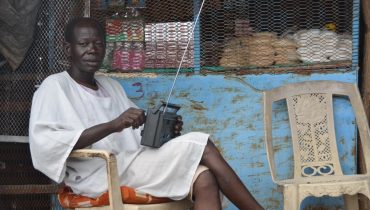 South Sudan: Challenges and opportunities for communication with disaster-affected communities

Since the beginning of conflict in South Sudan in 2013, armed clashes have altered an already fragile media and telecommunications landscape, leaving many without regular access to trustworthy news and information. An estimated 1.9 million people are internally displaced (IDPs) and millions more live in areas where the ability to provide appropriate humanitarian assistance is […] 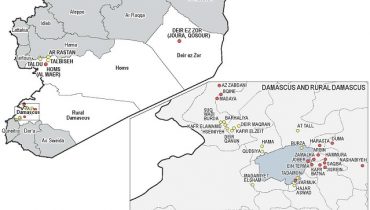 The Syrian conflict, now in its sixth year, continues to plague civilian populations, causing acute shortages of food and basic services, amid protracted and widespread violence.  The situation is particularly critical in besieged and hard-to-reach areas, where restrictions on movement and access severely hinder the ability of populations to meet their needs. Understanding the impact […]