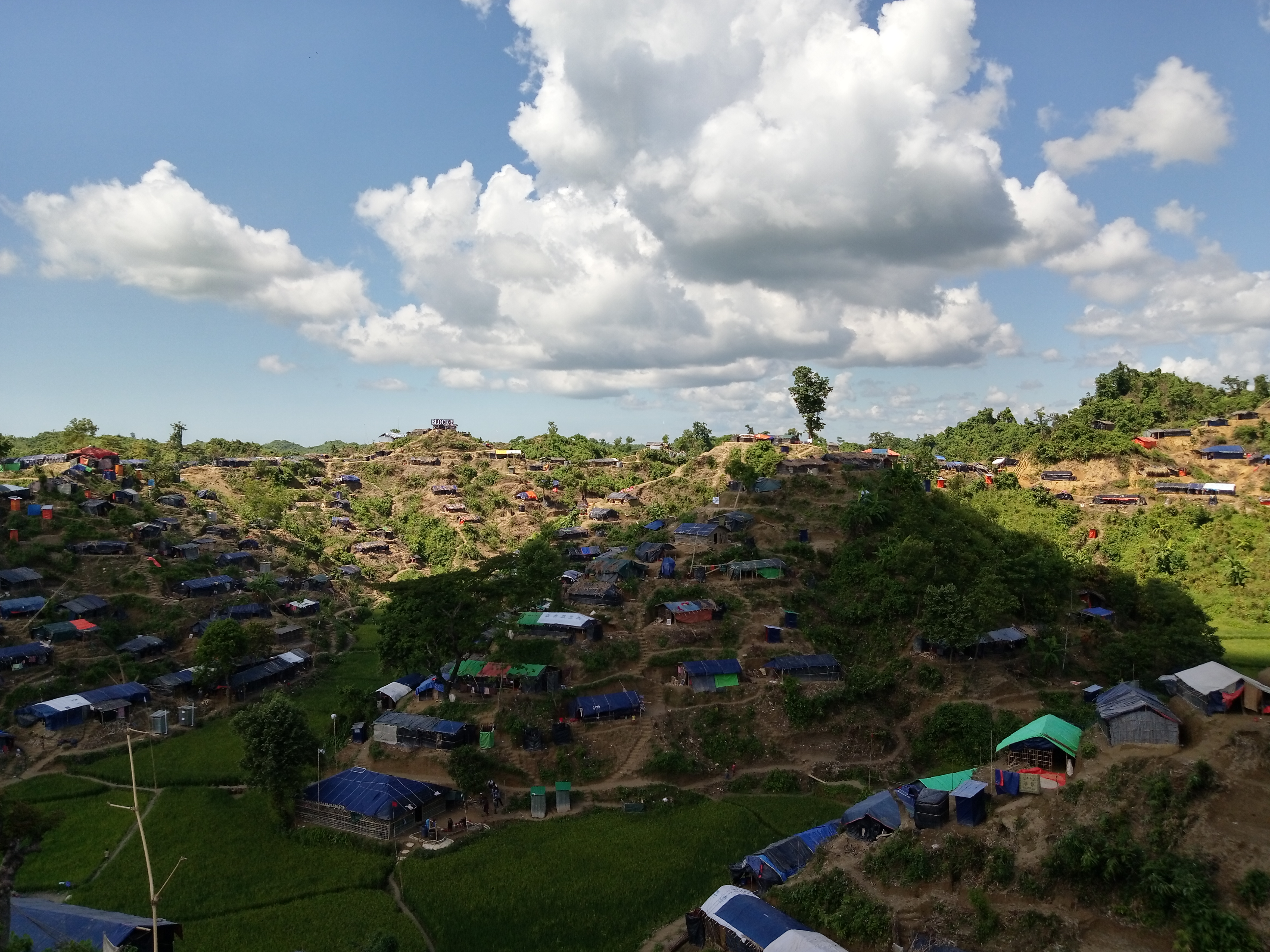 Since 25 August 2017, more than half a million Rohingya have fled conflict in Myanmar across the border to Bangladesh. The majority have settled in makeshift settlements and spontaneous sites, in self-built shelters established primarily with bamboo and tarpaulin bought upon arrival. The speed and scale of displacement, continued movement of people within the area, and lack of vehicular access to much of the population has resulted in an extremely challenging response and significant information gaps on the humanitarian situation of refugees in these sites.

In mid-September, REACH deployed to Bangladesh in support of the Global WASH Cluster to map shelters and infrastructure in the makeshift settlements and spontaneous sites. Sites are spread across the forested hills of Cox’s Bazar district, ranging from populations of 20-30,000 to the largest site of over 310,000 people in a contiguous area. Since arrival, REACH has established a team of over 40 enumerators to complete infrastructure mapping, with a particular focus on water, sanitation and hygiene (WASH), in all spontaneous sites and makeshift settlements in Ukhia and Teknaf Upazilas of Cox’s Bazar district. Fieldwork comprises using mobile data collection applications and GIS technology to conduct a full coverage of the camps, logging all infrastructure and recording details of available services.

Information collected thus far indicates that the current WASH situation is rapidly becoming desperate, given the rapid influx, large numbers of people and insufficiently established water and sanitation services. With regards to sanitation, direct observation and feedback from refugee community members indicate significant concerns in relation to the lack of desludging of latrines, due to their physical inaccessibility; the placement of many latrines in proximity to water sources, risking contamination of water points; and extensive open defecation. Further, although many organisations and local communities have assisted with building handpumps to enable access to groundwater for refugees, many are reportedly too shallow and already running dry.

Sites are constantly evolving as new refugees arrive, move between locations and continue to build homes and infrastructure. REACH will continue to work closely with partners in the area to conduct mapping on a regular basis and provide up-to-date analysis of the situation in the sites.

Access all REACH maps of Rohingya displacement sites in Bangladesh at this link.