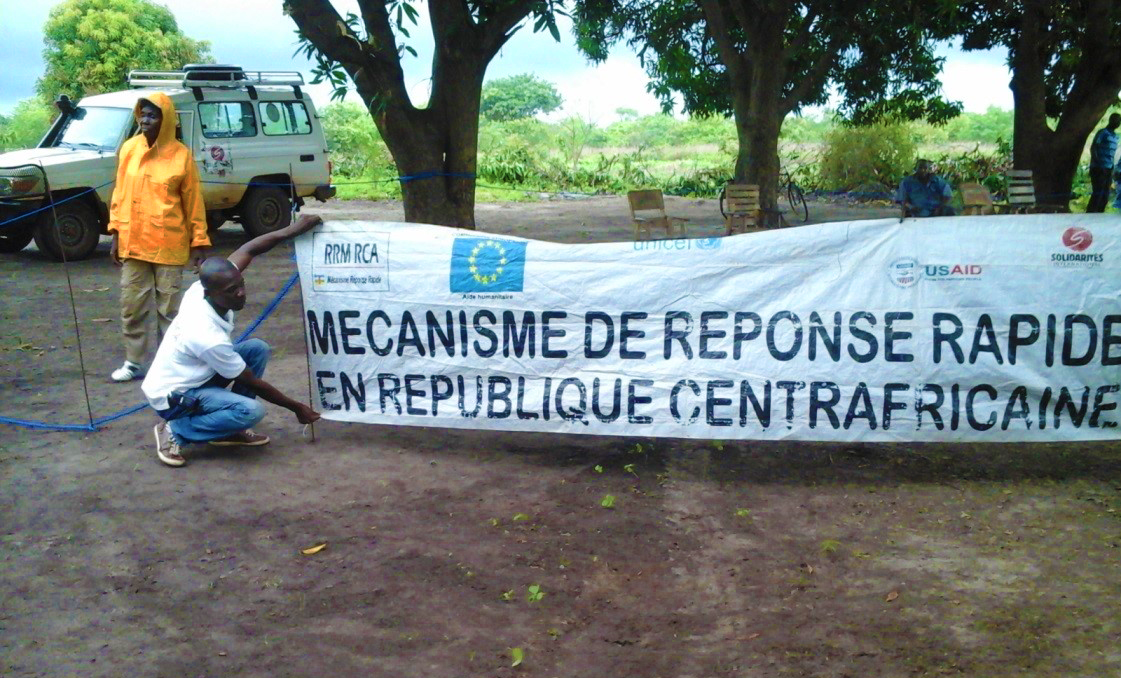 The humanitarian situation in the Central African Republic has been steadily worsening since the end of 2016, with a spiralling of violence motivated by ethnic, economic and political reasons. The abuses of armed groups have resulted in the displacement of a quarter of the population and fuelled a major protection crisis. The proportion of the population in need of humanitarian aid is one of the highest in the world, as it is estimated that one in two Central Africans depends on assistance to survive. This is however combined to a drastic reduction of humanitarian access and ability to intervene, as violence against humanitarian workers has reached worrisome levels.

To provide a rapid response to sudden shocks causing population displacement, a Rapid Response Mechanism (RRM) was established in 2013 by UNICEF, in partnership with ACTED, Action Contre la Faim, Solidarités International and Première Urgence Internationale. Designed to provide a quick response to needs relating to Non-Food Items (NFI) and Water, Sanitation and Hygiene (WASH), the RRM implements systematic multi-sectoral assessments which have since become one of the main sources of information to enable the intervention of clusters at the onset of an emergency involving population displacement.

REACH is providing information management support to the RRM since 2015, ensuring the monitoring of RRM activities, the quality and relevance of assessment tools, and providing capacity building activities to RRM partners. To this end, REACH has developed an online dashboard as well as monthly factsheets to track RRM activities and their impact. Between January and October 2017, the RRM implemented 77 assessments, followed by 31 distributions of non-food items and 23 WASH interventions and reaching a total of 127,150 and 71,449 beneficiaries respectively.

REACH will continue to support the Rapid Response Mechanism in CAR to ensure the early identification of populations’ needs as well as to support partners’ strategic decisions based on sound analyses of collected data. This is especially needed given the worsening access conditions and the corresponding increase in response times. Among information management priorities for the end of 2017 are a revision of assessment tools and the compilation of geographic information collected by partners. Capacity building of RRM field teams will also continue, focusing on data collection and analysis, as well as Geographic Information System trainings.

Access the Rapid Response Mechanism (RRM) Factsheet for October 2017 at this link.