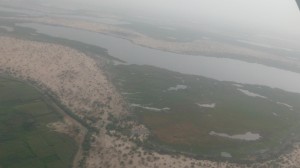 Since 2014, violence in parts of north-eastern Nigeria have gradually extended to Chad. Increased attacks by armed groups on civilian populations in 2015 triggered large internal displacements in Chad, as well as the return of Chadians living in Nigeria. Following this increased insecurity, the state of Chad declared a state of emergency around the area of Lake Chad.

Through this assessment, REACH found that internal displacements were causes by a multiplicity of factors: on top of the increase in violence since January 2015, also other factors have been identified as reasons for displacement, such as a decrease in food security. Prior to the crisis, the region was already subject to severe food security problems. Following the implementation of an emergency state, the economy of the region faced additional strain resulting in the decreasing of personal production and negatively affecting markets. REACH suggests that a market analysis and an investigation into ways of better revitalizing the market will allow for better access to food and minimize displacement triggered by food insecurity. Additionally REACH advises that food distribution should be better distributed to avoid potential tensions between host and internally displaced communities. Similarly, access to basic services was already an issue before the crisis and remains a severe problem today. However, the most urgent area of intervention identified by REACH is access to water and sanitation as latrines were found to be practically absent in the area.

Through this assessment, REACH is providing essential information on the needs of affected populations in order to better inform the humanitarian community in their deliverance of aid. To read the full assessment click here.