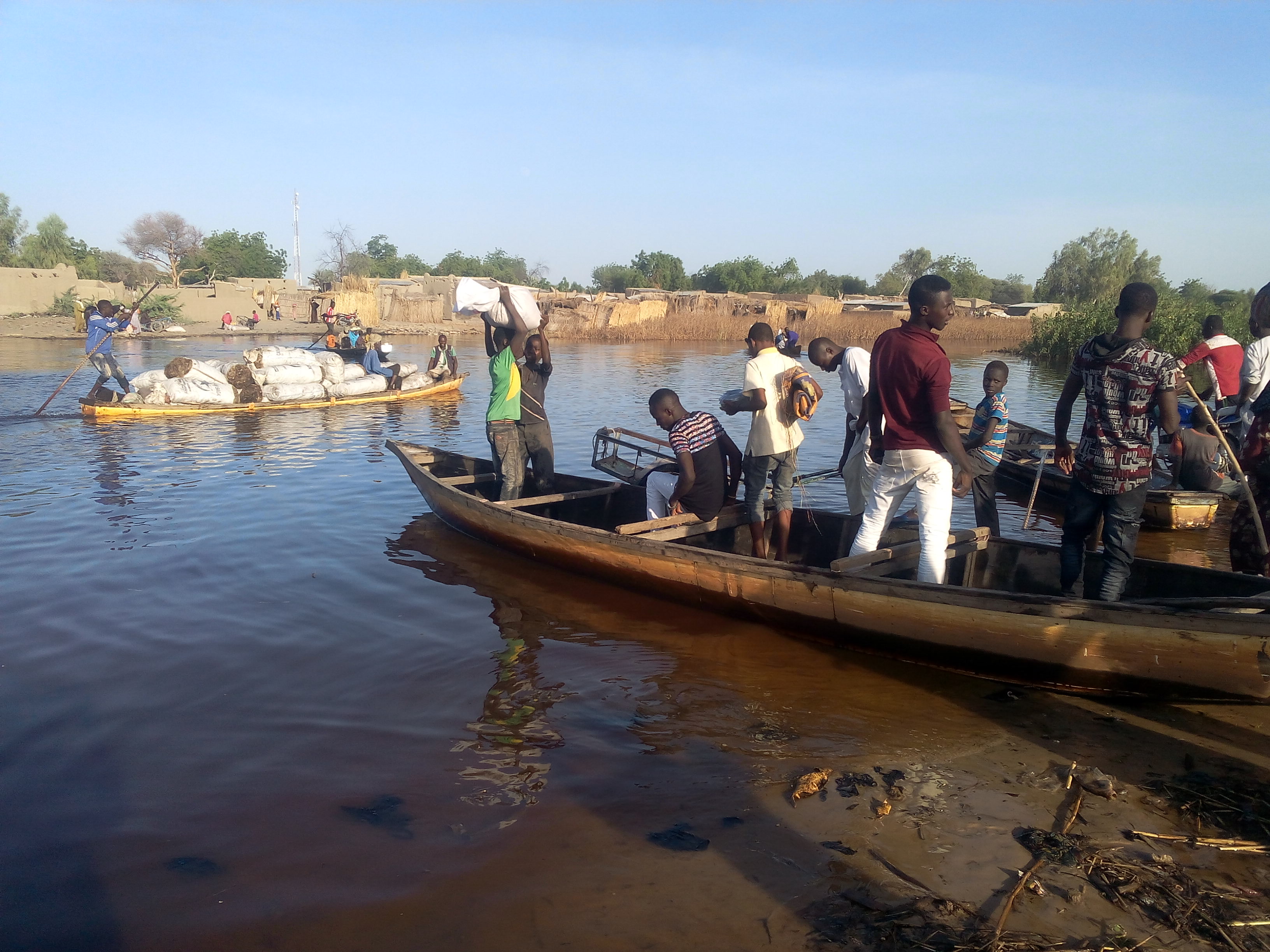 Navigation and transactions on the Lake Chad, ©REACH/2017

West Africa’s Lake Chad Basin has been witnessing one of the fastest-growing displacement crises in recent history. The conflict that originated in Nigeria in 2009, escalated and spilled over into neighboring countries of Niger, Chad and Cameroon with an enormous humanitarian impact and numerous human rights violations forcing civilian populations to move. In addition, this protracted crisis has caused serious disruptions in cross-border trade thus affecting the livelihoods of Lake Chad communities sharing socio-economic ties. In Chad, the lake region is still characterized by important movements of population. According to the International Organization for Migrations, more than 150 000 people are displaced in the area. While new waves of displacement have been observed in the northern part of the lake, early returns of populations have begun in the south.

In order to better understand displacement patterns and basic humanitarian needs of both displaced and host populations in this area, REACH conducted a multi-sectoral needs assessment in October and November 2017 in the two most affected districts of Fouli and Kaya, interviewing 929 Key Informants (KIs) across 415 different villages and 58 internally displaced person (IDP) sites. This study builds on multi-sectoral and thematic needs assessment cycles undertaken by REACH in the lake district since 2016.

Key findings show that physical security threats remain the primary cause for displacement, while other main factors are food insecurity and livelihood access. For instance, in more than half of the villages evaluated, the loss of means of subsistence was reported as the second reason associated with population’s movement. Restrictions on free circulation of goods and people continue to undermine the livelihoods prospects of native lake communities, strongly dependent on cross-border trade.

Additionally, this study stresses that there is a high concentration of IDPs in the main displacement sites of Bagassola, Liwa and Ngouboua sub-prefectures, with more people expected to arrive to these sites. Further, the study found that in almost two thirds of the assessed sites IDPs already rely on food distribution to feed themselves and humanitarian assistance remains the first source of income for IDPs in 50% of the displacement sites. This entails the risk of increased dependence on humanitarian aid.

More generally, the results show that access to resources and basic services is very limited for the entire population in the area, regardless of status. In more than 80% of the covered villages a lack of access to latrines was reported and in more than one third of the villages there is no access to health centers. Moreover, school enrolment rates for children is very low, both in villages and displacement sites (in 37% of the villages and in 29% of the displacement sites evaluated, no child of school age was attending school). This could tighten the situation and arguably lead to cleavages between IDPs and host communities.

Beyond the disclosure of immediate humanitarian needs, these findings point towards the fact that the lake region is facing persistent vulnerabilities at the crossroads of humanitarian and development challenges, requiring consistent efforts by humanitarian and stabilisation actors in support of local and displaced communities.