To respond to the unbearable situation of the over 900,000 people who have fled their homes from conflict and violence in Northwest Syria, REACH has activated the Emergency Needs Tracking (ENT) system to assess and monitor the vital needs of extremely vulnerable communities displaced in the Northern Aleppo and Idleb governorates. Launched in early February and currently in its third round of data collection and analysis, the ENT shows evidence of an increasingly desperate and worrying humanitarian situation in the region.

Press release updated on 27/02 with figures and maps from the 4th round of Emergency Needs Tracking of 24/02.

Paired with other assessments of the humanitarian situation led by REACH and other actors in the region, the figures show the need for an effective scale-up of the response as well as an urgent prioritization of the most vulnerable. The impact of the displacement crisis is overwhelming current humanitarian response capacities and its effects are putting the lives of hundreds of thousands of local and displaced communities at very serious risk. Existing camps are currently hosting five times their intended occupancy and families have therefore sought refuge in informal and often precarious informal settlements. Faced now with a severe lack of shelter, many live out in the open with nothing in place to protect them from the bitter cold and with poor or no access to even the most basic of human needs.

The Emergency Needs Tracking and other assessments in the region highlighted three major factors that are currently severely affecting displaced households and represent the main causes of their suffering and ongoing vulnerability:

1) The lack of shelter and the very significant portion of people living out in the open – with an estimated 24,228 households living in open areas across all assessed communities.

3) The lack of food and the subsequent adoption of negative coping mechanisms as a result (i.e. people eating one or less meals per day) – with an estimated 12,000 households eating one meal or less per day.

Closer scrutiny of the ENT and its key findings, triangulated with other assessments, provide a comprehensive picture of the actual situation for displaced households on the ground.

The dire situation of displaced families is further compounded by an unprecedented devaluation of the Syrian pound. Laura Thisted, Country Coordinator for REACH in Syria, explains that many displaced households use negative coping mechanisms such as only eating one meal or less per day “because the price (in Syrian pounds) of basic commodities such as food, fuel, clothes and so on have seen a 50% increase, making them unaffordable for most people. This is due to the important depreciation of the Syrian Pound over the last months- in a context where most people still rely on markets to procure household items and where labour wages are incredibly low.”

The devaluation is driving up prices and affordability of vital goods, exacerbating people’s vulnerabilities as well as their reliance on humanitarian assistance. Those who live outside formal settlements face important barriers in accessing humanitarian aid which puts them at even greater risk of succumbing to the cold and hunger.

All in all, conditions are increasingly desperate for the staggering number of displaced persons fleeing violence in Northwest Syria. Laura Thisted highlights that “the extremely high number of households living in very precarious conditions, combined with the unavailability/unaffordability of heating fuel, winter clothes and other winterisation items (up to 96% in the last round of data collection) is extremely worrying when we know the disastrous effects of bitterly cold nights, especially on the most vulnerable.”

Press release updated on 27/02 with figures and maps from the 4th round of Emergency Needs Tracking of 24/02.

Previous rounds of the ENT:

IMPACT Initiatives is a leading Geneva-based think-and-do tank that shapes humanitarian practices, influences policies and impacts the lives of humanitarian aid beneficiaries through information, partnerships and capacity building programmes. IMPACT’s teams are present in over 20 countries across the Middle East, Latin America, Africa, Europe and Asia, and work in contexts ranging from conflict and disasters to regions affected by displacement and migration. Most of the work done by IMPACT is carried out through its humanitarian data and information initiative REACH.

REACH facilitates the development of information tools and products that enhance the capacity of aid actors to make evidence-based decisions in emergency, recovery and development contexts. The methodologies used by REACH include primary data collection and in-depth analysis, and all activities are conducted through inter-agency aid coordination mechanisms. REACH is a joint initiative of IMPACT Initiatives, ACTED and the United Nations Institute for Training and Research – Operational Satellite Applications Programme (UNITAR-UNOSAT). 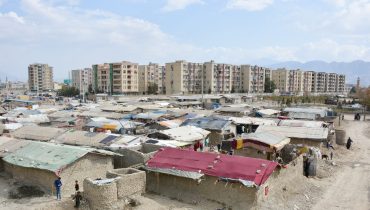 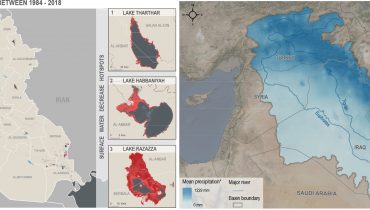 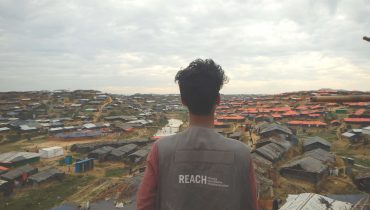 We call on the Security Council of the United Nations to create a reporting, monitoring and investigation mechanism that – while preserving humanitarian space – would make attacks against humanitarians a systematic trigger for action aimed at enhancing judicial cooperation so as to bring perpetrators to justice and deterring future attacks.