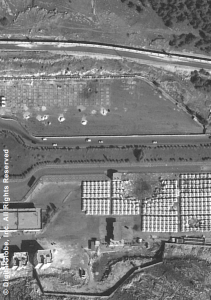 Remote damage assessments carried out through the REACH Initiative have enabled humanitarian actors to better understand the situation in Syria in areas with limited humanitarian access. Satellite imagery and analysis have shown conflict-related damage across the country, and allowed emergency responders to monitor humanitarian access, track population movement and assess conditions for displaced persons in camps.

The role of remote sensing technology is illustrated in a new report by the United Nations Operational Satellite programme (UNOSAT), which uses satellite imagery and analysis to document the conflict in Syria over the past four years. Unlike some forms of analysis, high resolution satellite imagery is accessible to a wide audience, enabling both emergency responders and the general public to clearly see the changing situation and understand the implications for individuals on the ground.

According to the UN Emergency Relief Coordinator Valerie Amos: “UNOSAT’s provision of information and analysis has made a major contribution to the delivery of humanitarian assistance through the monitoring of besieged areas where some 212,000 people are living without access to humanitarian aid“. Real-time analysis has supported humanitarian action on several levels: data has informed the delivery of assistance at an operational level though showing access constraints , while evidence of damage caused by aerial bombardment has been used to monitor compliance with international humanitarian and human rights law.