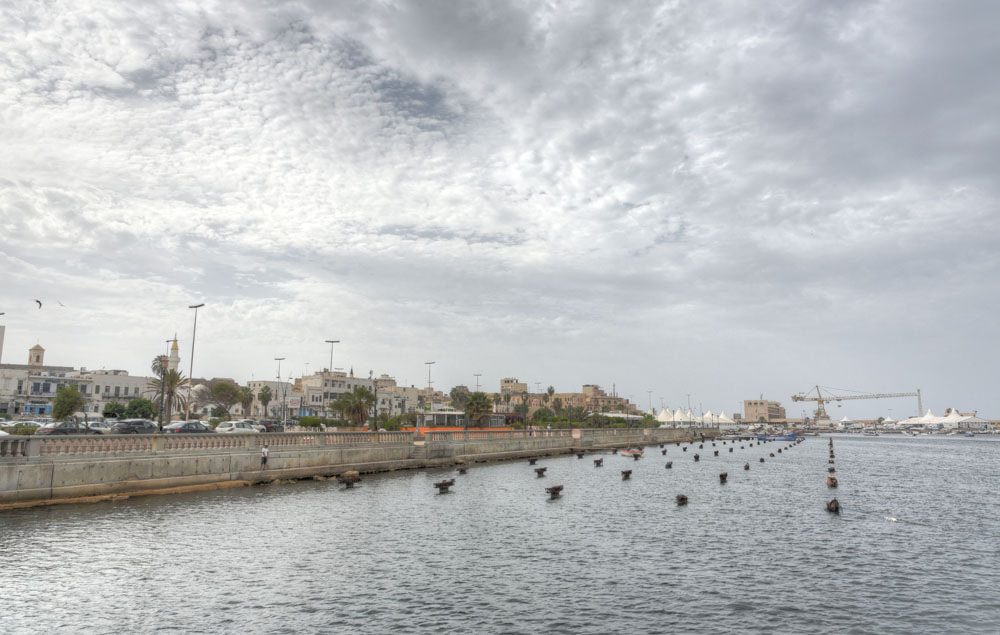 A recent study conducted by REACH in Libya raised clear concerns regarding the protection of migrants in Libya and the effects of the migration measures imposed by the EU. (Picture of the Tripoli harbour by: Ali Tweel / Creative Commons)

Almost exactly a year ago, in May 2017, close to 23,000 migrants crossed the Mediterranean sea and reached the shores of Italy. This May, the number of migrants from Libya had dropped to 4,000. This meant an almost sixfold decrease.

This drop coincides with a number of measures the EU and EU member states put in place together with Libya’s UN backed Government of National Accord and neighbouring Niger to stem the arrival of migrants. These measures set in early 2017 included a Memorandum of Understanding signed between Italy and Libya to improve security along Libya’s western coast and southern borders, border management capacity building trainings for Libyan security and coast guards, and support in the return operations of refugees and migrants to their areas of origin or third countries.

Yet, numbers only tell part of the story. In a recent study conducted by REACH in Libya, we found a nuanced picture of the impact of the EU measures on the routes and trends of migration in Libya. Our findings raised clear concerns regarding both the protection of migrants in Libya and the likely longevity of the effects of the imposed measures.

The Mixed migration routes and dynamics in Libya report is based on 75 in-depth semi-structured individual interviews with migrants outside detention centres and 32 key informant interviews with smugglers, law enforcement officials and civil society activists. Individuals were asked to reflect on their living situation and mobility in Libya and how it changed since early 2017. Further longitudinal analysis on changes in routes, entry and exit points since early 2017 were conducted on the basis of comparable information REACH had collected in the framework of a partnership between IMPACT, Altai Consulting and UNHCR in late 2016 and early 2017.

The first main finding relates to migration routes and the emergence of new smuggling hubs in Libya. Our findings suggest that migration measures implemented in Libya since early 2017 have led to a multiplication of smuggling routes to and within the country and the emergence of new smuggling hubs. Entry points into Libya along the southern borders have diversified with refugees and migrants increasingly arriving from Algeria and Chad. At the same time, departure points along the coastal area have multiplied with a particular increase in smuggling hubs along the eastern coast, compared to the well-patrolled western coast. Rather than a crackdown on migration, this suggests that migrants are still arriving in Libya, albeit in different, and more dangerous, ways.

The second finding relates to the security situation for migrants in the country. As accounts of slave markets, arbitrary detention, systematic exploitation and kidnapping by militia groups suggest, Libya is not a safe country for migrants. Indeed, among migrants interviewed in Libya aiming to stay in the country for work, the vast majority reported that their situation had remained unchanged since the implementation of EU migration measures. Most migrants reported avoiding movement in order to minimise their exposure to risks, such as armed robbery and kidnapping. Migrants aiming to transit to Italy were found to be held for prolonged periods of time in warehouses and secret accommodation sites along the coast. These migrants were hiding from coast guards in poor conditions waiting to be transferred to the boats.

The third finding relates to the level of information migrants have on the situation in Libya and the measures implemented to dissuade migrants from embarking on the journey to Italy. Respondents reported being well informed about the poor security situation in Libya and the measures imposed to curb their movement. However, none said that this knowledge dissuaded them from coming to Libya. Also, while most reported being aware of the return operations put in place for migrants, only few noted this influencing their decision to leave their country of origin.

These findings suggest that as smuggling routes diversify, migrants in the country remain increasingly hidden with limited freedom of movement. The overall living conditions for migrants have not improved. Albeit risks, poor conditions, and migration measures implemented in the country, migrants still want to reach Libya.

This op-ed was published in the ECRE Weekly Bulletin on 1st of June 2018.

To have a look at the full report, see here. The interactive dashboard presenting the main findings in relation to changes in routes, emerging smuggling hubs and migration hub profiles is available here.