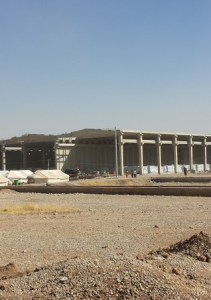 The worsening security situation in parts of northern and central Iraq has caused mass internal displacement across much of the country. More than 48% of the 2.3 million internally displaced persons (IDPs) have sought refuge in the Kurdistan Region of Iraq (KRI), Diyala and Ninewa governorates. Informal settlements and formal camps have been established or re-opened in these governorates between mid-June and the end of August 2014 and are now home to thousands of displaced families.

The sites were hastily arranged to cope with the large number of new arrivals, many without camp managers in place until the end of August. As a result, information on the vulnerabilities and needs of the displaced population, their shelter arrangements and available assistance at each site was incomplete. In response to these information gaps, REACH Initiative launched an assessment at the request of the CCCM Cluster to profile settlements and camps that had reached at least 50% capacity by the end of September. Primary data was collected through household surveys on 28 September – 9 October 2014, and additional information from camp managers was collected through interviews on 13 – 27 October 2014.

REACH produced individual dashboards and maps of eleven settlements in Diyala, Duhok, Erbil, Ninewa and Sulaymaniyah governorates, as well as a multi sector comparison factsheet comparing the conditions and needs across all sites.

The following products are available on the REACH Resource Centre, Relief Web and the Humanitarian Response portal: