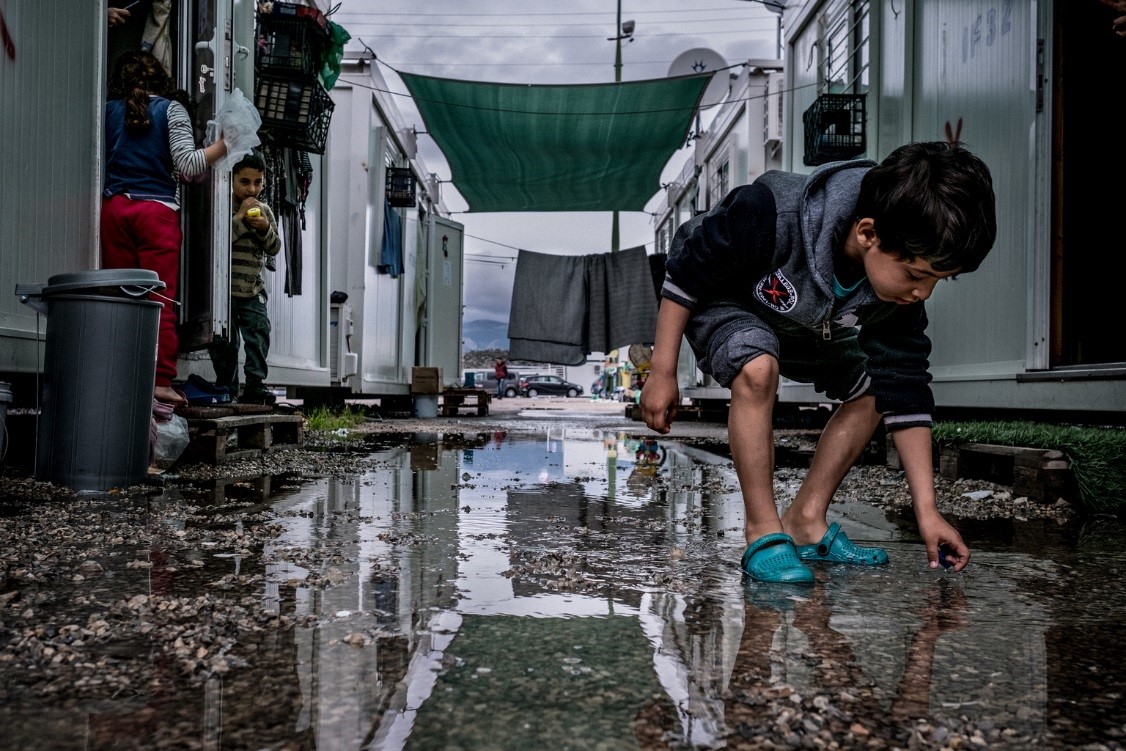 Five-year-old Omar Mahmud Hudar, a refugee from the Syrian Arab Republic, picks up garbage from pools of sewage water by his housing container at the Skaramagas refugee camp, in the port area of northern Athens, Greece © UNICEF/Gilbertson/March 2017

‘Sometimes I feel I don’t have a reason to wake up. It’s not that I don’t like to wake up, but there is not something to make me leave the bed. It’s better since we started having classes, this is a reason.’ 16 year old girl from Syria, accompanied.

More than 20,000 refugee and migrant children are living in Greece, many of whom have been in the country for over a year since the closure of the Western Balkans route in 2016. The majority are now living outside of accommodation sites, namely camps, and are staying in various places provided by the Greek government, UNHCR and (I)NGOs, including hotels, shelters and apartments. While information is available about the services on offer for refugee and migrant children, there is little information about children’s perceptions of services provided.

In response to this information gap and in the framework of a partnership with UNICEF, REACH conducted an assessment of refugee and migrant children’s perceptions of services available in different types of accommodation in Athens and Thessaloniki. From February to April 2017, 18 focus group discussions were held in 12 locations near Athens and Thessaloniki with accompanied, unaccompanied and separated children about their views on the services available to them. Three key informant interviews were also conducted in each location for information on services provided.

Although most basic services are in place in the locations assessed, these services are often perceived by children as failing to meet their needs, which made them feel they were not being cared for. The most reported concerns were education, food, and protection. Education was the most reported concern for children in all locations, as all faced barriers to education which made attending school difficult. Children reported having access to healthcare, although they often complained of slow procedures and lack of specialised care.

The majority of children were very worried about the progress of their application for asylum, family reunification or relocation, and most did not understand how much longer they would have to wait. As a result, children reported needing someone to talk to, in order to cope with what they experienced throughout their journey to Greece and the uncertainty they were now facing in the country.

Understanding how and where refugee and migrant children are living allows services to be made available and accessible at the local level. By taking into account children’s perceptions of the services available to them, service providers can provide more targeted support.