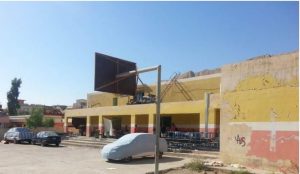 The escalation of violent conflict between Armed Groups and the Iraqi government has seen an estimated 3.2 million Iraqis internally displaced as of April 2016. This large scale internal displacement started in Anbar governorate in early 2014 and escalated in June 2014, spreading across much of northern and central Iraq.


Among all governorates in Iraq, Dahuk Governorate hosts the third largest proportion of all IDPs. Half of the total population is under the age of 18, while 60% of the total IDP population resides outside camps. As such, the education system in Dahuk has been struggling to absorb the additional caseload of IDP children, many of whom were previously taught in a different curriculum and/or language.

In this context, REACH, in collaboration with UNICEF, conducted a Baseline Assessment of Access to Education among Internally Displaced Persons in the Dahuk Governorate of Iraq. This assessment aimed to improve the efficiency of humanitarian cash assistance by implementing partners for increased  access to education in the target areas. This was done by ascertaining baseline location-specific information on available facilities and caseloads- The assessment also  identifed household-level barriers to education access in three districts in Dahuk governorate – Dahuk, Summel and Zakho.

Through the assessment REACH found that attendance rates amongst IDP children across the region were 34% lower than those for host community children – overall, 92% of school aged host community children are attending school, compared to 58% of displaced children. Low attendance rates of IDP children is related to both the financial demand that education-related costs place on households and the inability of schools to absorb more students and provide adequate services. REACH also found that education-related costs were a key barrier to education access amongst IDP populations, in part due to limited provision of services,  including school transport and supplies,  but also largely as a result of poor access to livelihoods. In addition, the existing school system is primarily unable to absorb more students due to a shortage of teachers and the limited number of shifts per school.

The findings of this assessment were presented and shared with the Dahuk Education Cluster and the Department of Education for Dahuk and Ninewa. As such, the assessment provides a quantitative and qualitative evidence base for planning, sector prioritization and target group identification by humanitarian actors and stakeholders, in particular to improve education attendance rates and access to education services amongst IDP populations.