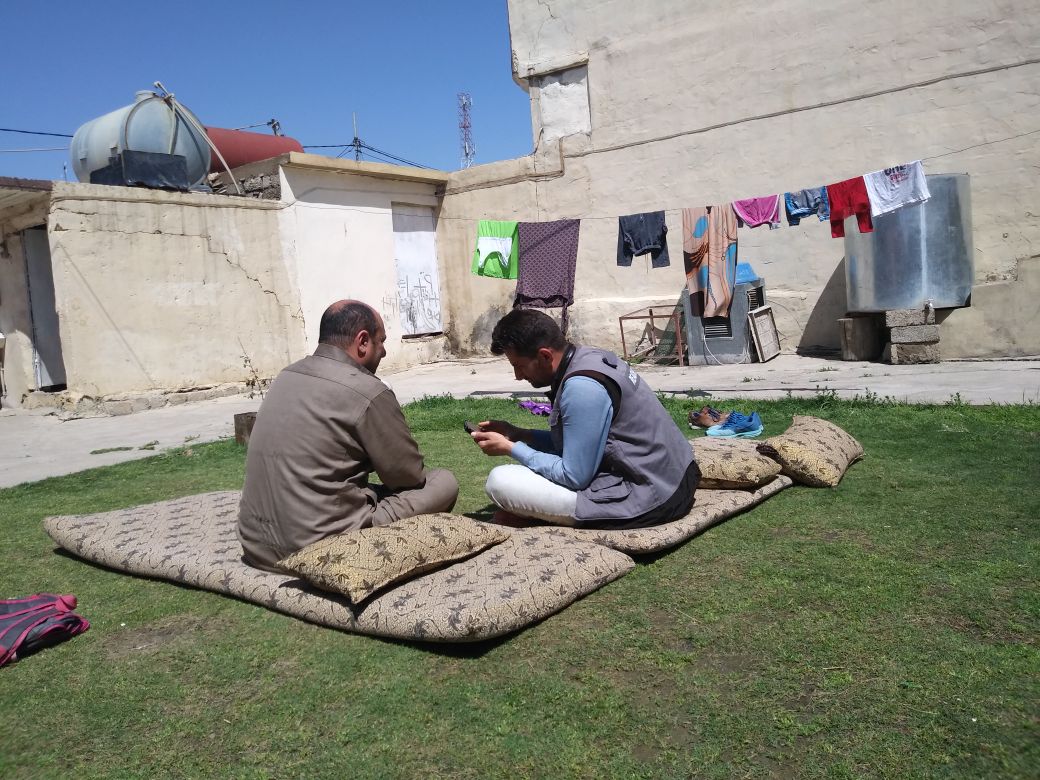 The first half of 2018 marked a turning point in Iraq’s internal displacement crisis. For the first time since 2014, the number of people returning to their area of origin outnumbered the total of those remaining displaced. Yet, recent months have seen the pace of returns slow down raising new questions on the push and pull factors driving and hindering returns. The majority of the almost two million internally displaced persons or IDPs in Iraq live out of displacement camps, and return numbers have been characterized by variations in regard to the geographic location of both the area of origin as well as the area of displacement. The new developments and these variations have compounded the need for up-to-date data on the intentions of the people still living in displacement in Iraq.

In order to fill this information and to support evidence-based humanitarian planning, REACH and actors working within the framework of the Camp Coordination and Camp Management Cluster rolled out an Intentions Survey investigating factors affecting the decision of returning as perceived by IDPs living in out of camps settings. The assessment was conducted in Dahuk, Erbil, Ninewa, Salah al-Din and Sulaymaniyah and gathered data from over 1,600 IDP households.

At the time of data collection, only a few of the assessed IDP households expressed intentions of returning to their area of origin within the coming three months. While the significant majority intended to remain in their current location, a clear difference was noted between IDPs living in the northern governorates of Dahuk, Erbil, Ninewa and Sulaymaniyah and the southern province of Salah al-Din. In the northern governorates, over 80 percent of respondents expressed an intention to remain, whereas in Salah al-Din, less than 40 percent voiced a desire to remain in displacement and half expressed being undecided whether to return or to stay.

The IDPs intending to stay in their current location reported increased safety and security in their areas of origin as a key factor ensuring a safe and dignified return. The assessments found that the main protection risks hindering returns included security threats such as explosive hazards, land mines, sporadic clashes and poor infrastructure. In spite of the emphasis on safety, the assessments underscored that improved security alone did not translate to a sustainable return. Households reported a critical need for basic services, such as water, electricity and waste management, as well as the reconstruction of homes as factors affecting their will to return. Similar findings on the versatility of reasons prompting and hindering returns were echoed in the Intentions Survey conducted in displacement camps in Iraq in December 2017. 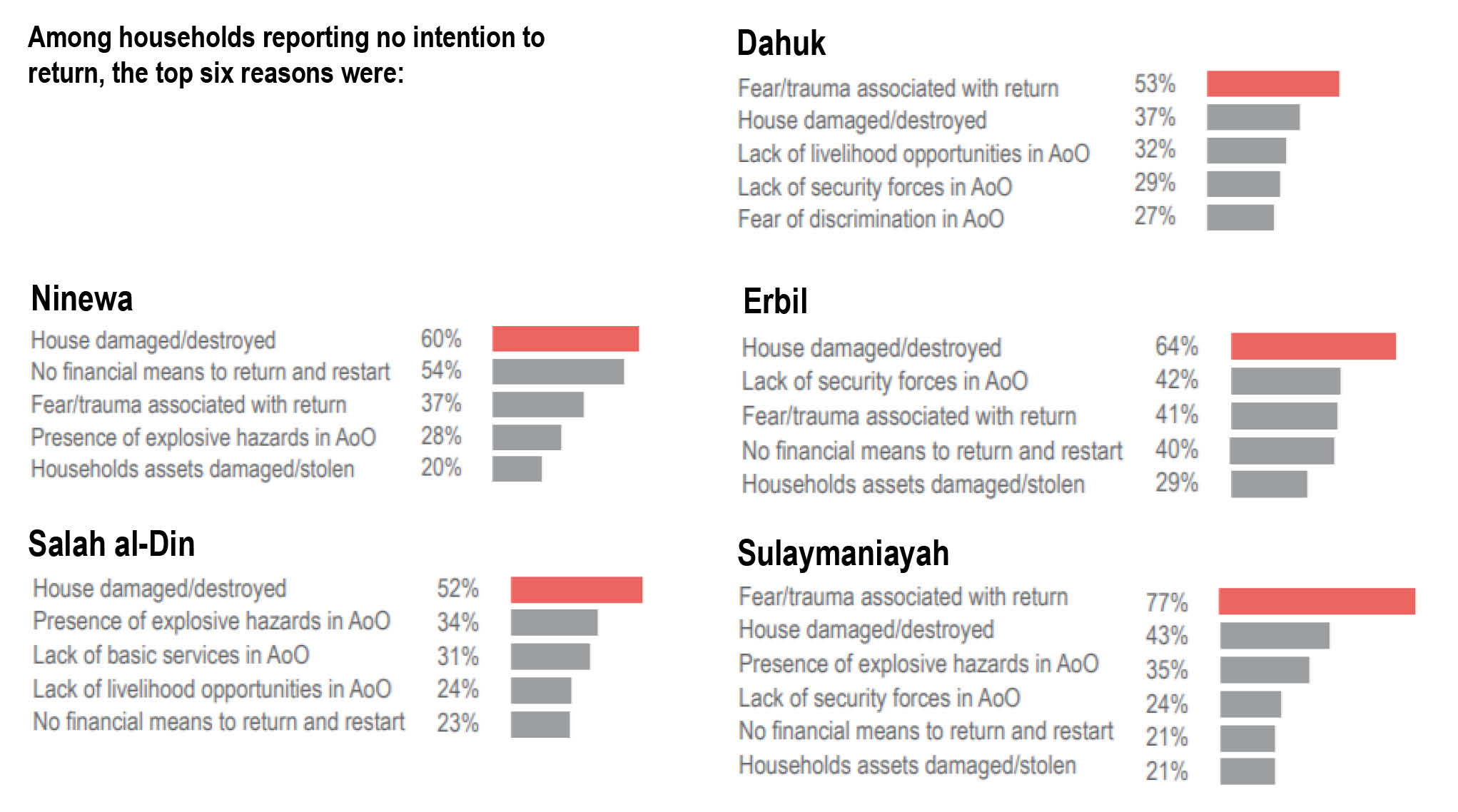 REACH findings from recent Intentions Survey from IDP households living outside of displacement camps in five governorates in Iraq.

In order to further inform humanitarian response planning in areas of displacement and areas of return, REACH will continue to monitor movement intentions. Information on the needs and vulnerabilities of the displaced has gained momentum as displacement continues for households living in camps, out-of-camp, and in informal settlements in Iraq.

For a more comprehensive overview of the findings from the assessment, visit Iraq’s page on the REACH Resource Centre and see the Intention of out-of-camp IDPs factsheets from: