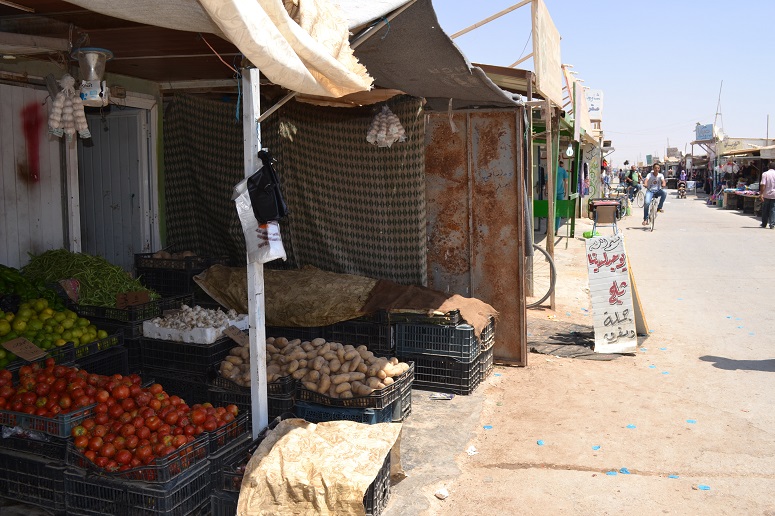 Since the onset of the Syrian conflict in early 2011, nearly five million Syrians have been forced to seek refuge in neighbouring countries, more than 655,000 of whom have been registered in Jordan as of December 2016. For the third consecutive year, REACH and the World Food Programme (WFP) have partnered to conduct a Comprehensive Food Security Monitoring Exercise (CFSME) of the registered Syrian refugees in Jordan. Covering all 12 governorates, as well as Azraq and Za’atari refugee camps, a total of 3,253 households — comprising 20,067 individuals — were surveyed in the 2016 monitoring exercise.

In order to inform WFP programming and support the prioritisation of assistance to the most vulnerable refugees, REACH assessed current levels of food security among Syrian refugees in Jordan, as well as other cross-sector needs and vulnerabilities. Additionally, as similar monitoring exercises were conducted in 2015 and 2014, REACH and WFP have the unique opportunity to identify key trends in needs and vulnerabilities of Syrian refugees through a comparison of the context and findings over the past three years.

So, who are the most vulnerable? In 2016, REACH found that the most vulnerable Syrian refugee households are those receiving lower levels of WFP assistance, households living in informal tented settlements, and households that face economic pressures stemming from healthcare requirements. Although access to food in host communities has increased since 2015 and fewer households are adopting the most severe livelihood coping strategies, more than 60% of households in host communities still resort to emergency livelihood coping strategies, suggesting that they are poorly equipped to deal with economic shocks and reduced access to resources. In informal tented settlements, the percentage of households using emergency livelihood coping strategies has even risen to 38% in 2016, from 32% in 2015, countering the positive trend observed in host communities. Overall, despite general improvement of food security for Syrian refugees in Jordan since 2015, food security remains well below 2014 levels: 12% of Syrian refugees living in Jordan host communities are food insecure and 60% remain highly vulnerable to food insecurity.

Having identified the most vulnerable and analysed how food insecurity is interconnected with and reinforces cross-sector vulnerabilities of refugees, WFP and REACH developed recommendations for both immediate and long term programming. In the short term, continued assistance remains vital; however, long-term programming should strive to identify more sustainable forms of assistance, as reliance on aid is unsustainable and could potentially create further vulnerability.