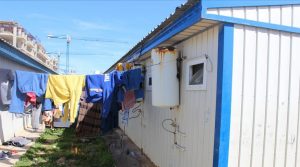 In April/May 2016 fresh clashes in Sirte triggered a new wave of displacement forcing thousands more residents to flee. Following this recent displacement of IDPs to the West of Sirte, REACH conducted a rapid IDP protection needs assessment in partnership with UNHCR to identify the main needs and priorities of IDPs.

REACH found that in terms of protection, risk of injury or death by small arms was reported as a major protection concerns for IDPs. Regarding shelter, mattresses, blankets, kitchen items and warm clothes were identified as being top priority shelter-related NFI’s for IDPs. Concerning WASH, the primary source of drinking water for IDPs was the main network (85%) followed by bottled water (11%) and water trucking (3%). For more details please refer to the report here.

Prior to this assessment, in February 2016 REACH undertook an IDP Protection Monitoring assessment, in partnership with UNHCR, across the whole of Libya. The main objectives of the assessment were to contribute to the creation of a rights environment for IDPs living in Libya by facilitating a targeted and evidence-based humanitarian response and identifying priority needs in UNHCR’s core sectors of intervention, Protection and Shelter. There was also a capacity building element to the assessment – empowering local actors from Local Crisis Committees by improving their ability to understand the needs of their community through data collection and IDP rights and protection training.

Key findings were as follows:

Moving forward, the humanitarian response must take into account the increased vulnerability of IDPs due to loss of income and income-producing opportunities and other means to meet their essential needs, giving rise to an “impoverishment risk”. What is more, IDPs living in rented urban accommodation rather than camps or public spaces who are less visible to humanitarian actors must be more systematically included in relief efforts.