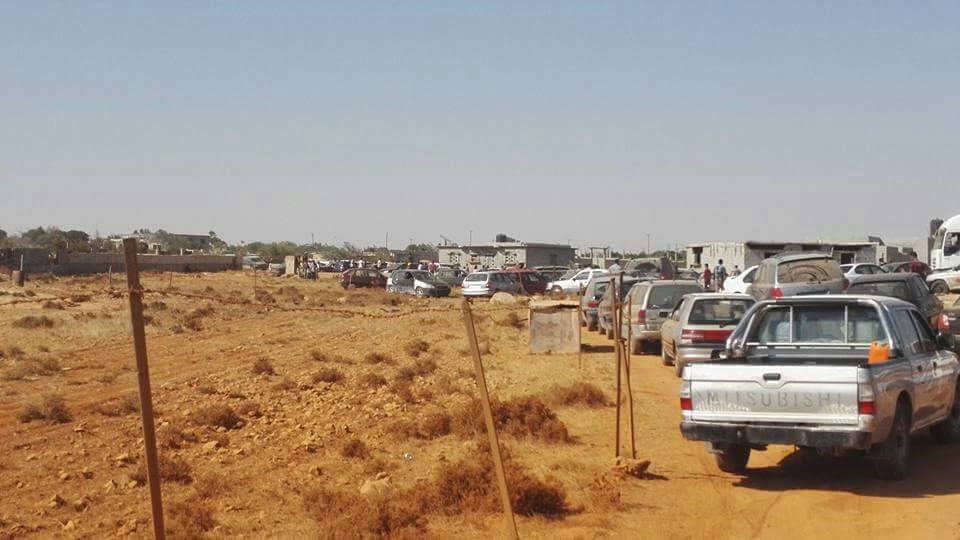 Tens of cars are waiting for hours to be able to enter the city following the tightening of the city’s military encirclement. Credits: Ofoq/August 2017

The eastern Libyan city of Derna continues to be affected by a tightened military encirclement. Since REACH latest rapid situation overview, supplies to markets, banks and health facilities have been largely impeded, leading to further deterioration of the humanitarian situation for the populations remaining in the city.

To fill information gaps on affected populations’ needs and vulnerabilities, REACH conducted numerous assessments in Derna over the past months, with the most recent one conducted in November 2017. REACH teams conducted a household-level quantitative survey in 10 out of 11 neighbourhoods of the city of Derna, through a total of 401 surveys assessing non-displaced, IDP and returnee households.

Key findings highlight that the recent encirclement exacerbated the effect of the liquidity crisis. While all population groups reported increased rates of irregularly paid salaries, returnees in particular pointed to a dysfunctional banking system in their area (a 129% increase from the end of July). Additionally, the number of households that lacked access to cash, and thus had to resort to credit or certified cheques to purchase food, skyrocketed. Payments through cheques were usually accompanied by a premium fee of 25% to 40% (REACH, December Joint Market Monitoring Initiative).

In addition to increasing economic vulnerability, a deterioration of the current health system was reported. While qualitative assessments already reported the non-functionality of most health centres in the city, the proportion of households in November reporting a lack of medical staff and lack of supplies and medicine more than doubled since July.

The study also underlines a serious deterioration in access to energy services. Access to fuel has often been reported as an issue since the end of July, with 60.5% and 100% of households having respectively no access to cooking and heating fuel. Moreover, the solid waste management service reportedly broke down, with strong increases in negative waste management practices: the increase of households burying or burning waste was fivefold, while reliance on solid waste service collection shrank by 90.7%.

Should the security situation in the city of Derna remain the same in the coming weeks and months, the humanitarian situation of affected populations remaining in the city will continue to drastically deteriorate, exacerbating underlying health, livelihoods and environmental concerns. REACH will continue monitoring the situation in Derna to provide timely updates and inform further humanitarian programming. 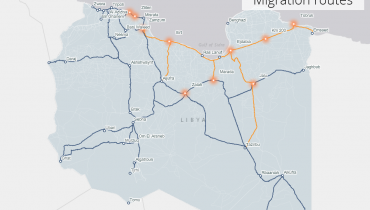 Libya: Understanding the impact of EU migration measures on refugees and migrants

Despite the political instability which ensued the two civil wars in Libya in 2011 and 2014 persists, more than 700,000 refugees and migrants are in Libya today. They are among the most vulnerable population groups in the country with grave protection concerns reported both in detention and in urban areas. Some of these include arbitrary […]