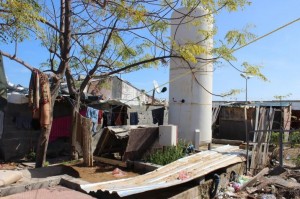 Since July 2014, Libya has been in a state of civil unrest due to conflict between rival parties and armed groups. In 2016, continued political instability and ongoing armed conflict in Libya led to deteriorating living conditions and reduced access to essential services for a significant part of the country. Today, estimated 2.44 million people are in need of protection and some form of humanitarian assistance, including an estimated 435,000 internally displaced persons (IDPs) – who remain the most vulnerable population groups.

Following the first Multi Sector Needs Assessment (MSNA) conducted by REACH, with the support of various UN Agencuies, in 2015, REACH, with support from ECHO and in partnership with the humanitarian community in Libya, undertook a second MSNA in East Libya during February 2016. The aim of this MSNA is to gather first-hand information on critical needs and priorities of affected population, to inform humanitarian actors supporting vulnerable communities affected by the ongoing armed conflict.

Through this assessment REACH identified restricted access to livelihoods, and limited banking system functionality across East of Libya, as likely to be having a direct impact on the ability of vulnerable populations to cover their basic needs. Threats to personal safety and security, in addition to unaffordable basic needs, and weakened WASH infrastructure were also pressing issues identified in the  February 2016 MSNA update. REACH also found that the shelter situation of IDPs in East Libya was particularly challenging, with the vast majority of PwK reporting that IDPs in their community were at risk of eviction in the next 30 days. Additionally, compared to June 2015 there was an increase in the proportion of PwK reporting that IDPs lived in collective public shelters and the majority of PwK stated that most IDP housing in their community was inadequate or very inadequate.

The multi-sector needs assessments that REACH has been implementing along with aid actors in Libya over the past months are a key source of information for the humanitarian community in Libya, and have informed the 2016 Libya Humanitarian Needs Overview and Humanitarian Response Plan and more broadly the ongoing humanitarian response in Libya.

REACH will continue collecting data in order to update the MSNAs  in the coming months, in order to ensure constant provision of information on needs and context to humanitarian stakeholders and a strong longitudinal analysis of the humanitarian situation in Libya.