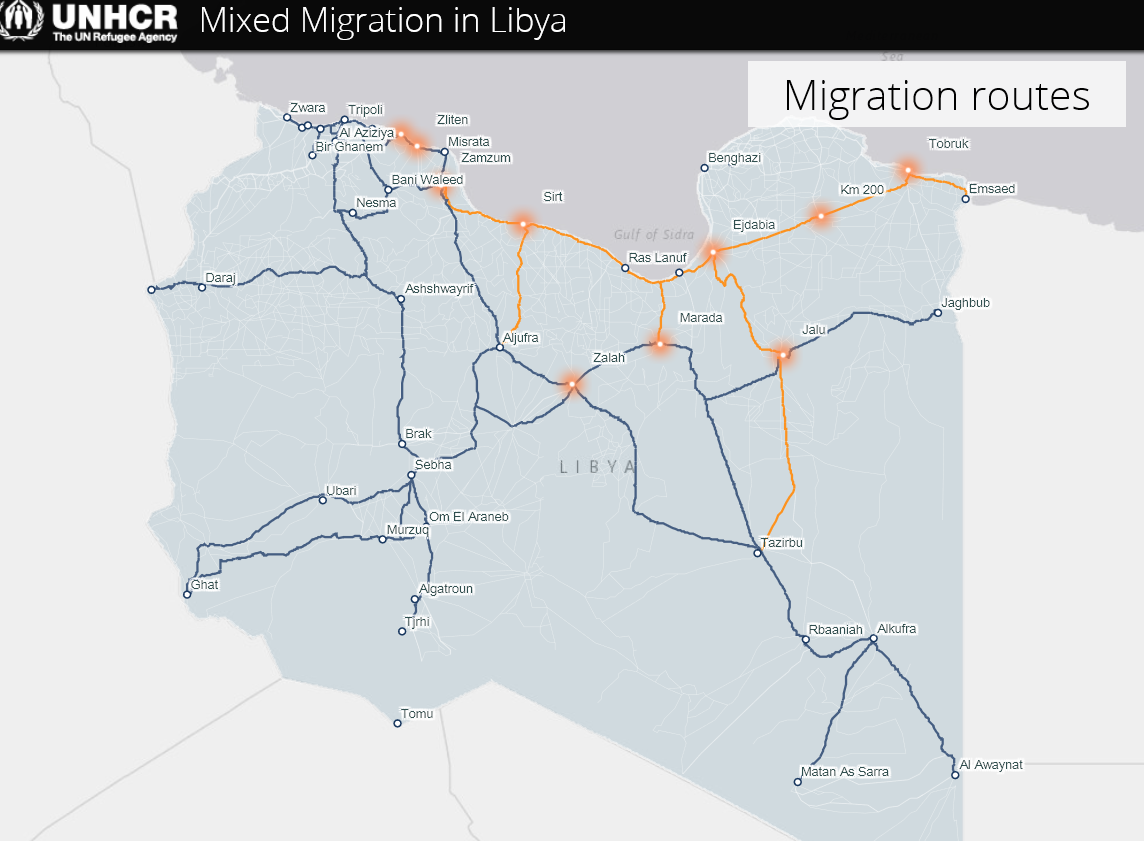 Despite the political instability which ensued the two civil wars in Libya in 2011 and 2014 persists, more than 700,000 refugees and migrants are in Libya today. They are among the most vulnerable population groups in the country with grave protection concerns reported both in detention and in urban areas. Some of these include arbitrary detention, systematic exploitation and kidnapping by militia groups. In this context, and in the backdrop of a rise in arrivals from Libya through the Central Mediterranean Sea route to Italy since 2016, the European Union and its member states have put in place a number of measures with the United Nations backed Government of National Accord in Libya in order to stem the flow of refugees and migrants towards Italy.

As a result of these measures, the number of refugees and migrants reaching Italy from Libya has drastically decreased. Yet, it is not clear how these measures impacted refugees’ and migrants’ lives in Libya. REACH conducted this study, in partnership with UNHCR, to provide an understanding of the impact of migration measures implemented in Libya since early 2017 on mixed migration routes, smuggling hubs, and the lives of refugees and migrants in the country. It is based on 75 in-depth semi structured individual interviews with refugees and migrants in urban areas across the country and 32 key informant interviews with smugglers, law enforcement officials and civil society activists, conducted from 21st March to 2nd of April 2018.

The assessment finds that migration routes to and within Libya have diversified since early 2017. It finds an increase in arrivals from Algeria and Chad and a multiplication of smuggling hubs along the eastern coast of the country. In the face of increased coastguard controls along the Libyan coast, the numbers of refugees and migrants held for long periods of time with limited freedom of movement in warehouses and unsafe accommodations along the coast have increased.

In the rest of the country, refugees and migrants continue to suffer from the difficult living situation in Libya. However, knowledge about the security situation and migration measures implemented since 2017 in Libya did not impact refugees’ and migrants’ decision to go to or stay in Libya or migrate further north.

REACH will continue to monitor mixed migration trends on a regular basis, creating a better and timely understanding of the situation of refugees and migrants in Libya and beyond.

You can find the report here. The interactive dashboard presenting the main findings in relation to changes in routes, emerging smuggling hubs and migration hub profiles is available here.