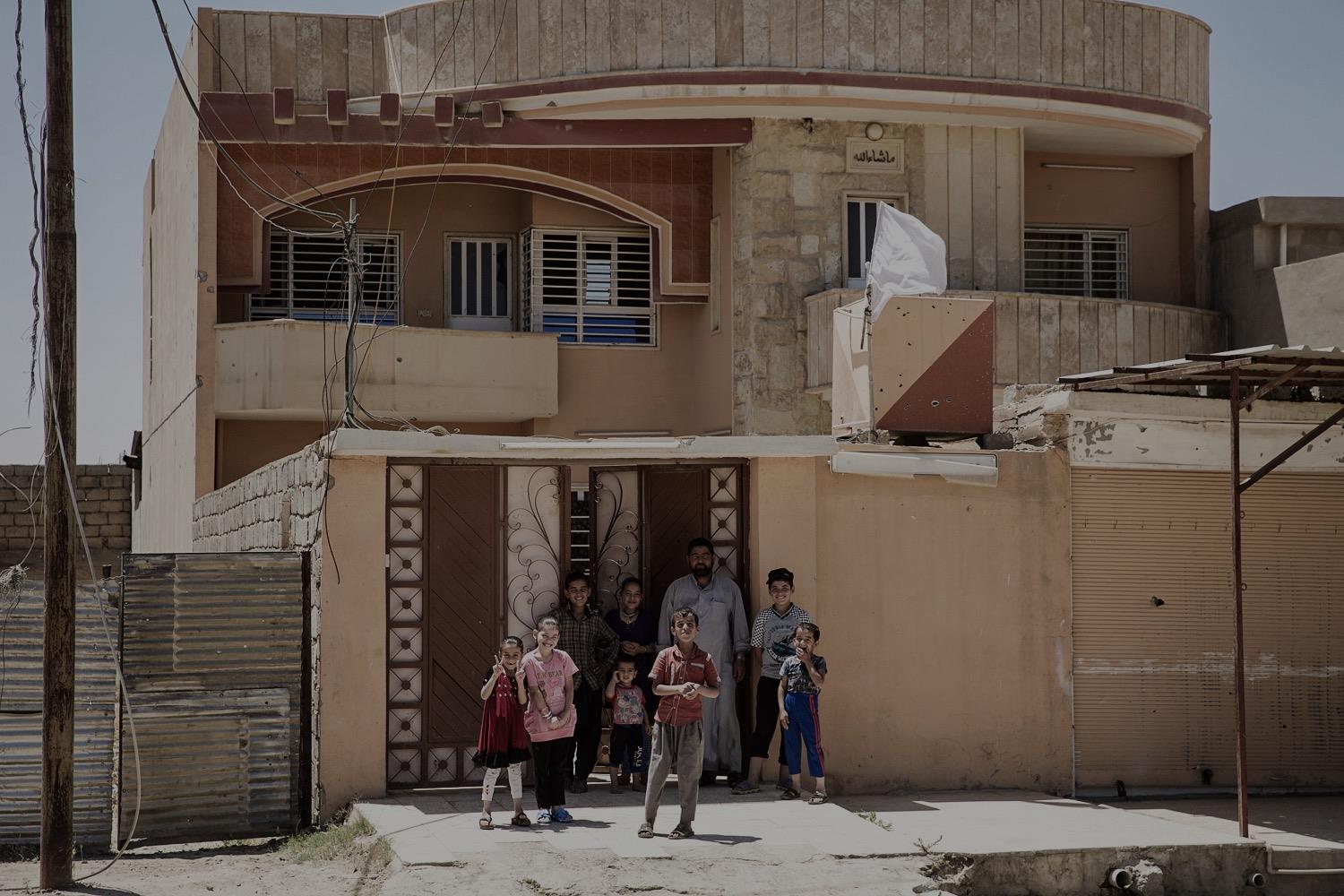 A family poses for a photo outside their house in between destroyed buildings in Iraq. Photo Courtesy of Danish Refugee Council/Danish Demining Group, Noe Falk Nielsen, June 2017

Many refugees and other migrants migrate to Europe to seek asylum, and with asylum a more secure life and improved livelihoods. Recent REACH assessments[1] have found that a number of these refugees and other migrants lack information about legal migration pathways when they set out on their migration journeys. Aside from asylum, they are often unaware of other types of legal mechanisms that would enable them to remain in Europe legally.

Building upon these findings, REACH and the Mixed Migration Platform (MMP) have just released a new study ‘Knowing how to go,‘ which provides a better understanding of what types of legal migration pathways and other protection services Iraqi refugees and other migrants are aware of and attempt to access at different points during their migration journey. The assessment focuses on information collected through 50 interviews with Iraqis who migrated to Europe and returned to Iraq between 2014 and 2016 and was implemented with the support of the UK Department for International Development (DFID).

Key findings show that the majority of interviewees were not aware of and therefore did not try to access legal migration pathways prior to leaving Iraq for Europe. In Europe, most respondents were only aware of asylum as a potential legal pathway. Those who tried to access asylum were either unsuccessful and had their applications rejected, or decided to give up after having waited for months for a decision. Of 50 participants, only nine were aware of other legal migration pathways once in Europe and only six tried to access these. No one was successful in accessing non-asylum legal migration pathways. Only five participants out of 50 were aware of protection services that might enable them to stay in Europe legally. Despite the fact that many of the respondents would have likely been eligible for other protection services, almost none knew about their existence.

The lack of awareness of migration pathways and protections and the inability to access these raise questions about the asylum system more generally, and about the transparency and efficiency of how asylum cases are processed in particular. Findings indicate that EU governments and NGOs are not doing enough to raise awareness of such protections. There is a need for greater transparency and dissemination around the existence of, and application for, subsidiary protection. Without complete and accessible information on these migration pathways and services, refugees and other migrants end up migrating through informal and often dangerous means. Refugees and migrants forego potential legal rights, without even knowing they existed.

Read more in the full REACH-MMP report Knowing How to Go: Iraqi asylum seekers and legal pathways to get to and stay in Europe.