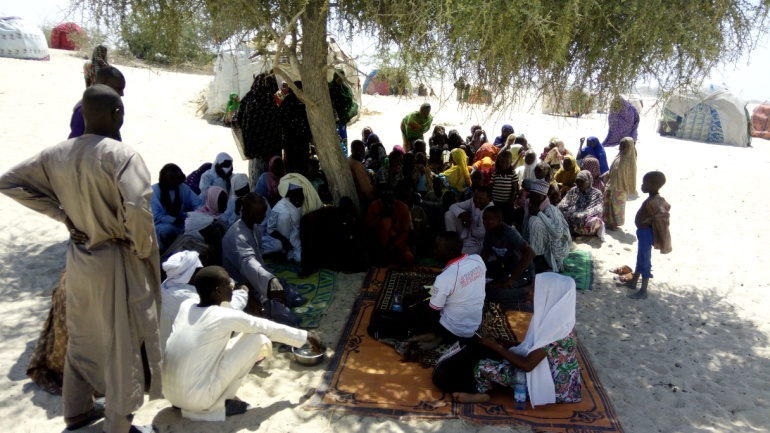 Since 2015, the Diffa region in south-east Niger has been continuously affected by Boko Haram attacks along the Kamadougou Yobe River and the shores of Lake Chad, triggering large scale displacement. As of May 2017, Diffa hosts over 127,000 internally displaced persons (IDPs) and 106,100 refugees, who face major protection risks. Although humanitarian actors are taking action to prevent protection incidents in Diffa, no inter-agency assessment has been conducted so far on the protection needs of displaced populations, as well as on the impact of displacement on local communities within the Diffa region.

In order to provide an overview of the major protection risks faced by both IDPs and refugees in Diffa and allow for an effective and tailored response to their needs, REACH, in partnership with the Protection Working Group in Diffa and UNHCR, conducted a baseline assessment in April 2017 on the protection situation of displaced populations currently living in the Diffa region. Information was collected at 142 displacement sites through interviews with 500 key informants and 44 focus groups discussion comprising an average of 12 participants.

The results of the assessment, outlined in the newly released REACH Report, highlight how insecurity is a plague in the lives of refugees and IDPs in Diffa, affecting their past, present and future and hindering their access to basic services in the region. Almost all IDPs and refugees assessed fled their homes due to insecurity in their villages of origin (93% of sites hosting IDPs and 99% of sites hosting refugees). While many of them have been displaced for over a year, few reported the intention to return to their areas of origin in the following three months. This is mainly due to a persistent insecurity in their areas of origin, and the fact that security and hosting conditions in displacement sites are considered acceptable. However, displacement has caused a significant vulnerability to protection issues among both IDPs and refugees, who are victims of security incidents on a regular basis. Among the most reported incidents were clashes between armed groups, thefts and robberies, as well as physical violence against the civilian population. In particular, refugees seem to be more exposed to those incidents than IDPs.

The humanitarian situation in Diffa is worsened by a lack of access to basic services, which has deteriorated due to the widespread insecurity throughout the region and, in many cases, the lack of proximity of services to displacement sites. Displaced populations are thus faced with a dilemma: either access basic services knowing that this would expose them to significant risks of violations of their physical and psychological integrity, or remain safe within their shelters, thus renouncing to having access to the basic services they need. The outcome of this dilemma varies on personal choices, with women and girls reportedly tending to avoid using the latrines, considered particularly unsafe, and some children missing out on education, because the risk of abduction is considered too high in schools. Conversely, others choose to access basic services despite the risks faced. To cope with the lack of access to basic services and livelihoods, displaced populations, including children, are likely to use negative coping mechanisms, such as prostitution or forced labour.

REACH will continue to work closely with UNHCR, Protection Working Group and other humanitarian actors in the Diffa region to support an evidence-based response to needs and vulnerabilities of affected populations. Currently, REACH is leading a data collection on the existence and functionality of accountability mechanisms within the humanitarian response as well as on the situation in terms of shelter and access to non-food items.

Access the Protection Assessment Report in full at this link.