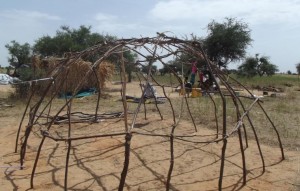 Since April 2013, the North East of Nigeria has witnessed an escalation of violence which reached the territory of Niger in February 2015 with attacks taking place in the communes of Bosso and Diffa, resulting in substantial population displacement. The Diffa region alone hosts 94,152 Nigerian refugees, 44,162 returnees, and 46,988 IDPs, the majority of which are accommodated by Nigerien host families. Additionally, the Tillaberi region, situated in the Malian transborder region, is hosting approximately 50,000 Malian refugees and Nigerien returnees, who fled the South of Mali due to violent conflicts in the area.

In response to this crisis, REACH was deployed to Niger to help gather and provide information to humanitarian stakeholders in both Diffa and Tillaberi regions, on the displacement dynamics and socio-economic profiles of affected populations. In December 2015, REACH, in collaboration with UNHCR, conducted a rapid shelter and non-food items assessment of 1, 317 households in 14 different localities of the Diffa region. Through interviews conducted in the region, REACH found that 45% of households were displaced more than twice on average. Additionally, displacement was found to considerably increase household vulnerability. REACH also found that the shelters households inhabited were mostly temporary shelters – 56% of which were in bad conditions and less likely to have access to clean water. Moreover, households situated in the localities close to the Lake Chad were found to be more vulnerable, as the average number of persons per household in that region was higher  (9 people per household) and more than half of interviewed households were run by single women, which tends to indicated that these households have fewer economic resources.

Through this assessment, REACH is providing essential information on shelter, living conditions, socio-demographic profiles, access to water and sanitation infrastructures, and current humanitarian responses to aid stakeholders. This assessment has been widely shared with other aid actors present in the Diffa region, and will serve as a baseline study which will contribute to the identification of needs and coordination of humanitarian assistance in the region. To read the full Shelter Assessment in Diffa, Niger report, click here.