The relation between refugees and migrants in mixed migration flows along the Central Mediterranean Sea route (CMR) and the diaspora in Europe remains poorly understood. While some research suggests that diasporas in Europe act as a ‘pull factor’ for migration to Europe, diaspora members are also frequently hailed as potential key interlocutors in the provision of information and other types of support to refugees and migrants in countries and en route.

The “Outspoken but Unheard: Diasporas in Europe” report conducted by REACH in collaboration with the Mixed Migration Centre (MMC), explores the relationship between diaspora members in Italy and refugees and migrations along the CMR, in countries of origin, en route, and at destination. The assessment focused on three case studies on refugees and migrants from Mali, Eritrea, and Bangladesh. Based on a total of 75 interviews with 30 refugees and migrants and 45 diaspora members, guided by 7 key informant interviews in Italy, the study sought to qualitatively tackle the following three questions:

In so doing, the study compared findings based on the nationality of respondents to find patterns that are proper or not to particular diasporas.

Key findings can be summarized down below and split between pre-departure influence from the diaspora towards migration decision-making and interaction upon arrival.

Interaction and support during the journey and upon arrival

Some key testimonies from migrants and refugees

REACH continues to monitor mixed migration trends along the Central Mediterranean Sea route on a regular basis to contribute to a better understanding of the situation of refugees and migrants in the region. Through its research and Mixed Migration Monitoring Initiative (4Mi), MMC also continues to monitor the drivers of migration, the choices people are making in terms of their journeys and destinations, their intentions and aspirations, the conditions under which they travel and their protection needs.

Earlier last month, REACH already published a report on the “Realities and needs of migrants and refugees at the Tunisia-Libya border, since September 2018” and covered the new emerging route that migrants and refugees were taking to leave danger behind them in Libya- leading them to arrive in Medenine, Tunisia. 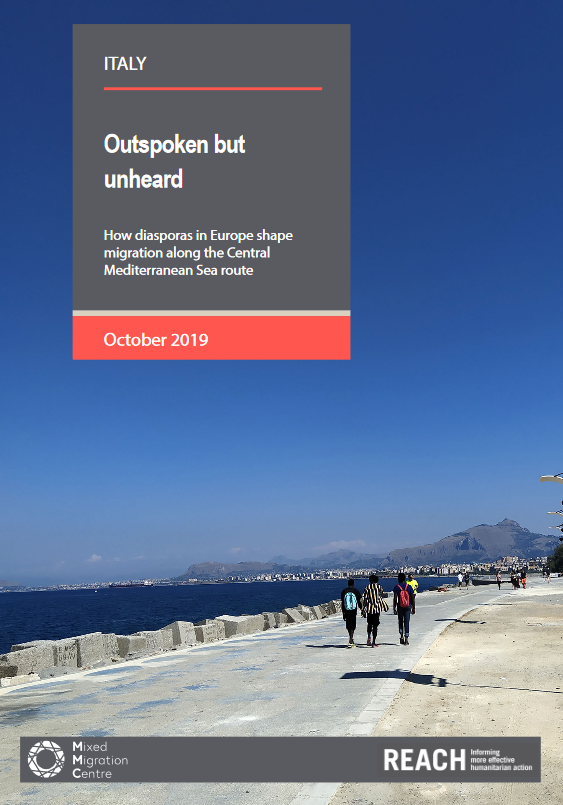