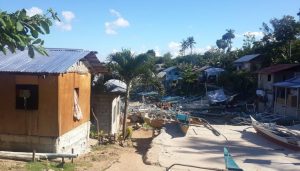 When Typhoon Haiyan, locally known as Yolanda, reached the Eastern Visayas region of the Philippines on 8 November 2013, it was the strongest typhoon ever recorded to make landfall and the deadliest in Philippine history – killing over 6,000 people and leaving millions homeless. Given the large scale destruction of homes and livelihoods, shelter formed a significant part of the humanitarian response that followed.

To inform the development of the Shelter Cluster Strategy and monitor changing needs over time, REACH conducted three assessments in 2013 and 2014 on behalf of the Shelter Cluster in the Philippines. Following deactivation of the Philippines Shelter Cluster in October 2014, REACH conducted a final assessment aimed to examine the outcome of the large-scale response and assess the characteristics influencing shelter recovery – including safety, adequacy, accessibility and appropriateness.

Overall, REACH found that the large majority of households attempted to build back safer, with evidence pointing to an uptake of Build Back Safer (BBS) practices and standards. Techniques seemed most likely to be prioritised where community members had been able to observe their effectiveness during the Typhoon: ‘Everybody saw roofs fly apart, we now see people with three types of tie-down and cross-bracing everywhere’ as explained by an aid worker of a Shelter agency.

In future responses, an understanding of need for increased flexibility and specialist advice to help households prioritise standards could increase the uptake of BBS techniques and avoid the perception among poorer households that a safer shelter is entirely out of their reach.

To read REACH’s recommendations based on findings from this assessment access the full report here.