As the humanitarian consequences of the Typhoon Haiyan disaster in the Philippines are becoming more and more visible every day, rapid needs assessments are crucial for the coordination and planning of a multi-sectors humanitarian intervention.

As of November 21st 3,166 Internally Displaced  households were resident in 40 evacuation centres located in Tacloban City and the surrounding area. At the request of the Shelter Cluster and CCCM clusters, and in coordination with the WASH Rapid Assessment Team Coordinator, in Tacloban, REACH has conducted a rapid assessment of IDP  intentions and needs with regards to returning to their place of origin. 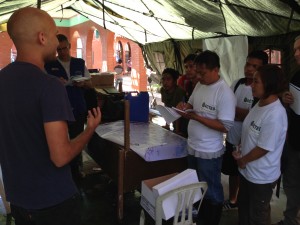 Over 600 households have been surveyed in Leyte, Rizal and San Jose schools turned into emergency evacuation centres. The idea behind this primary data collection, right in the aftermath of the crisis, was to evaluate the currents population needs in terms of shelter and wash. Indeed the sampled population has been asked a thorough set of questions covering their returning intentions, priority needs as well as some related to water and sanitation issues.

With an overall majority of the households surveyed stating that they wanted to return to their home, the priority needs they reported were essentially related to materials to repair or rebuild their damaged shelter. Another key finding relates to the fact that the vast majority of the households surveyed also indicate that they currently return to their home during the day with the main reasons cited being the protection of assets, conduct of repairs and salvage of materials.

Yet very few of the households targeted during the assessment have reported having official land documentation before the typhoon, the vast majority lost them during the disaster. Planning the return process of these populations will therefore be challenging. 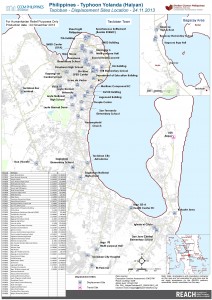 Land tenure is one among other major concerns about the return of the affected population. Health, sanitation and water access are core components of sustained livelihoods. Through the assessment, REACH was able to report regarding WaSH issues, water shortage is the most prevalent one stated by more than the half households surveyed, becoming thus an important matter of concern for the humanitarian community to support safe return or reinstallation. The overall majority of the population surveyed stated having latrines in their damaged or destroyed shelters. This is a positive sign in terms of WaSH needs and might orientate the response towards reparation of these latrines.

REACH will next conduct a shelter assessment on these islands in order to evaluate the damages and needs of larger part of the population affected by the typhoon.

REACH maps can be accessed : here

Full report can be accessed : here

To know more about REACH involvement in the Philippines, please visit our country page. 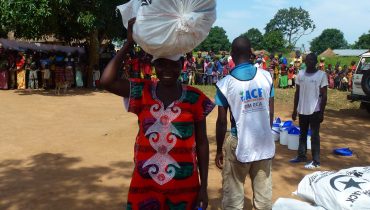