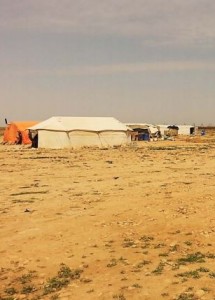 REACH carried out an analysis of the needs and vulnerabilities of displaced Syrians staying in informal settlements, using primary data collected from 149 settlements in Syria and Jordan, together with secondary data from Syria Jordan and Lebanon.

The report addresses an urgent need to inform humanitarian actors of the specific needs and challenges faced in informal settlements, for which little data currently exists. Assessment findings highlight that the numbers of displaced families staying in informal settlements is large, and that these families are generally more vulnerable than those staying in formal camps or within host communities.

The research was carried out in partnership with the United Nations’ Fund for Children (UNICEF) and the Office of U.S. Foreign Disaster Assistance (OFDA) and is one of three assessments to analyse needs of displaced Syrians across the MENA region. All regional reports are available in full below: