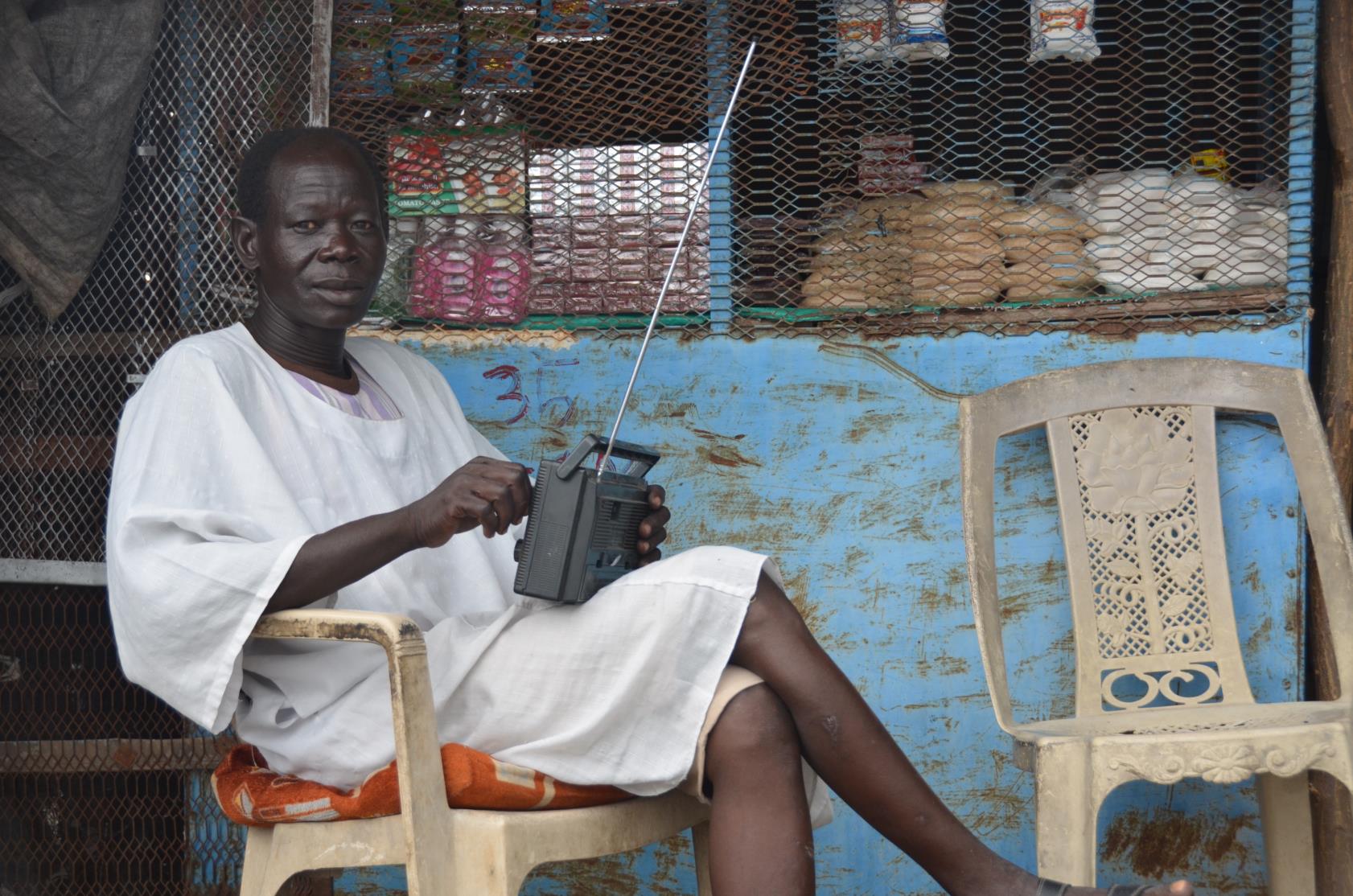 Since the beginning of conflict in South Sudan in 2013, armed clashes have altered an already fragile media and telecommunications landscape, leaving many without regular access to trustworthy news and information. An estimated 1.9 million people are internally displaced (IDPs) and millions more live in areas where the ability to provide appropriate humanitarian assistance is constrained by difficulties to communicate with disaster-affected communities.

In order to foster a better localized understanding of barriers to communication in disaster-affected communities and identify the best channels to connect with them, REACH conducted an assessment of access to news and information channels in South Sudan. Quantitative and qualitative data collection was carried out in nine IDP sites and in 590 hard-to-reach settlements of Greater Upper Nile and Western Bahr al Ghazal, with the support of Internews and the Communicating with Disaster Affected Communities (CDAC) network, as part of the Disaster and Emergencies Preparedness Programme (DEPP) of the UK Department for International Development (DFID).

Assessment findings show that the channels of communications available in South Sudan widely vary depending on the geographic areas where displaced people and hard-to-reach communities are located, due to uneven coverage of phone network, internet and FM radio infrastructure. In both displacement sites and hard-to-reach areas, direct communication in person is still the most widely used communication channel. Among those who primarily receive information in person or on the phone, friends and relatives were most frequently the primary source of information.

While the telecommunications infrastructure of South Sudan is among the least developed in the world and the lack of phone network was cited as a major barrier to news and information access, surveyed IDPs and communities in hard-to-reach areas mostly cited barriers to news and information access that are rather contingent on social factors, such as language barriers, lack of trust and illiteracy. When it comes to more traditional forms of communication, a wide range of channels are still used by communities in remote areas, including cattle horn blowing, drum beating, smoke signals, traditional dances and sending runners to neighbouring villages. However, reliance on these traditional forms of communication is declining due to continued displacement and the increasing penetration of devices that allow for timelier sharing of information across longer distances.

The results of this assessment will help humanitarian actors think through locally relevant and effective two-way communication strategies and are complemented by an online platform developed in partnership with the Thomson Reuters Foundation.

Read more in the full Media and Telecommunications Landscape Guide and related Factsheets.