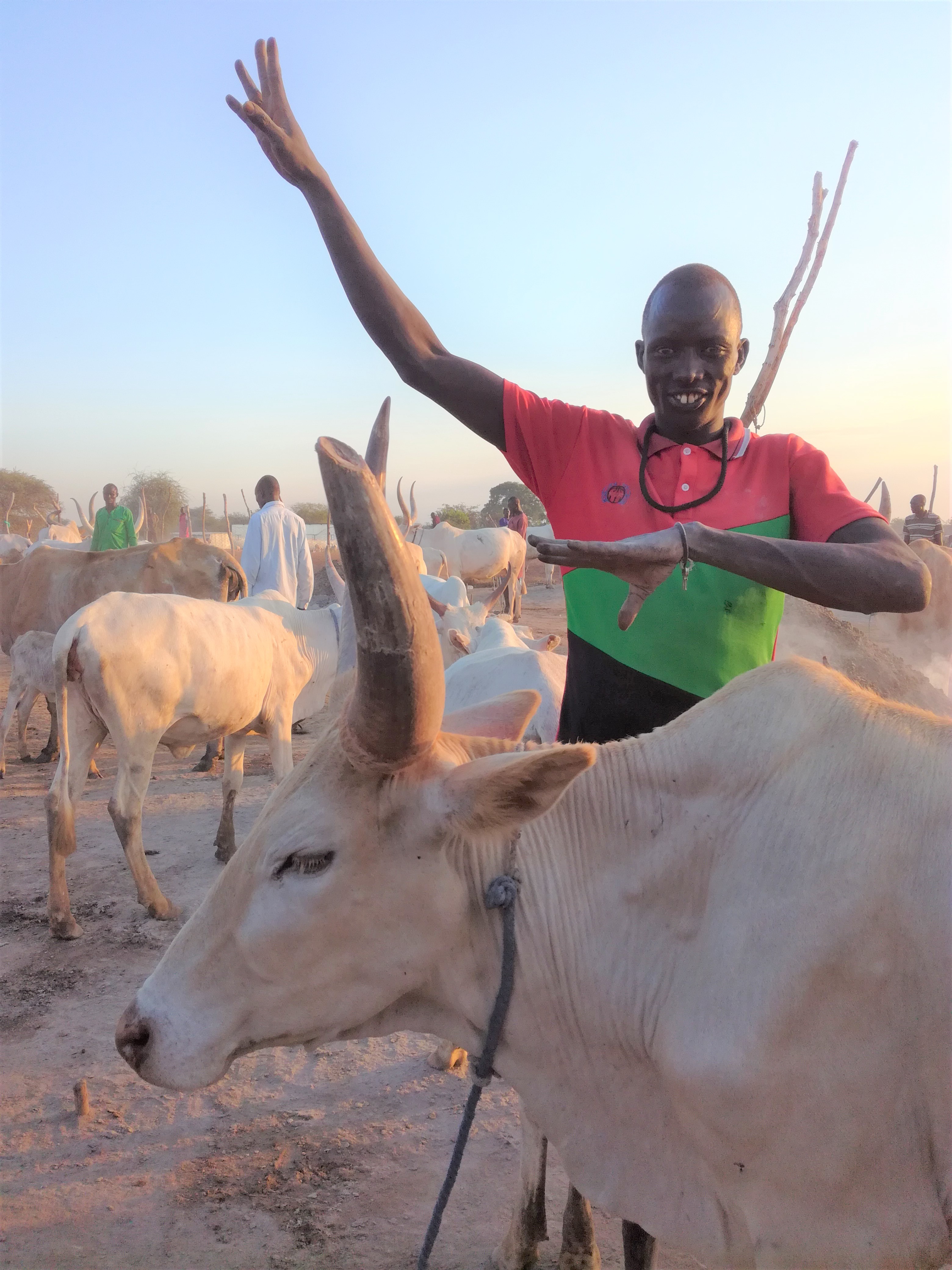 A cattle herder poses for a photo in a cattle camp in Jonglei state during REACH assessment in November 2016. Agro-pastoralist communities in South Sudan rely heavily on livestock for their livelihoods. ©REACH/2018

Famine was declared in South Sudan’s Unity State counties of Mayendit and Leer in early 2017. Although this Famine was reversed through increased humanitarian assistance, subsequent updates from the Integrated Phase Food Security Classification (IPC) for South Sudan have continued to highlight the risk of Famine in different parts of the country. The January IPC update estimated that 5.3 million South Sudan are facing crisis and emergency acute food insecurity.

To provide humanitarian actors with a better understanding of Famine risk in South Sudan, REACH gathered information on recent and historical experiences of severe hunger, “Famine”, and the shocks that cause these circumstances as told by South Sudanese – published in the newly released report “Now the Forest is Blocked: Shocks and Access to Food”. Data was collected between December 2017 and January 2018 through 36 Focus Group Discussions with respondents representing 22 counties across South Sudan.


Natural shocks such as inadequate rainfall, floods and outbreaks of crop pests and livestock disease were generally described as the most common and expected shocks, and seen as the proximate cause of severe hunger or Famine in the past. Further, a continuation of armed conflict in-between the 1983-2005 war and the current crisis, especially in Greater Upper Nile, has prevented livelihoods recovery while intensifying the effects of natural shocks.

In response to past and present food insecurity, affected communities have relocated and consolidated their communities in safer areas, intensifying competition and tension over natural resources. Under extreme food insecurity, people also migrated to towns, fishing camps and neighbouring countries.

Outbreaks of diseases have further worsened food insecurity in the past by affecting labour availability and causing migration or preventing it. Findings indicates that past outbreaks of diseases prompted large numbers of people to migrate in search of safer areas, while others remained behind because they were weakened by hunger or diseases.

The ongoing food insecurity is thereby a result of the interplay of various shocks including protracted conflicts, which have prevented livelihoods recovery in the country. To improve early warning, REACH is working closely with humanitarian partners in South Sudan to enable regular tracking of key indicators, utilizing existing data streams to monitor the build-up of shocks and analyse coping strategies in the geographical areas of concern.