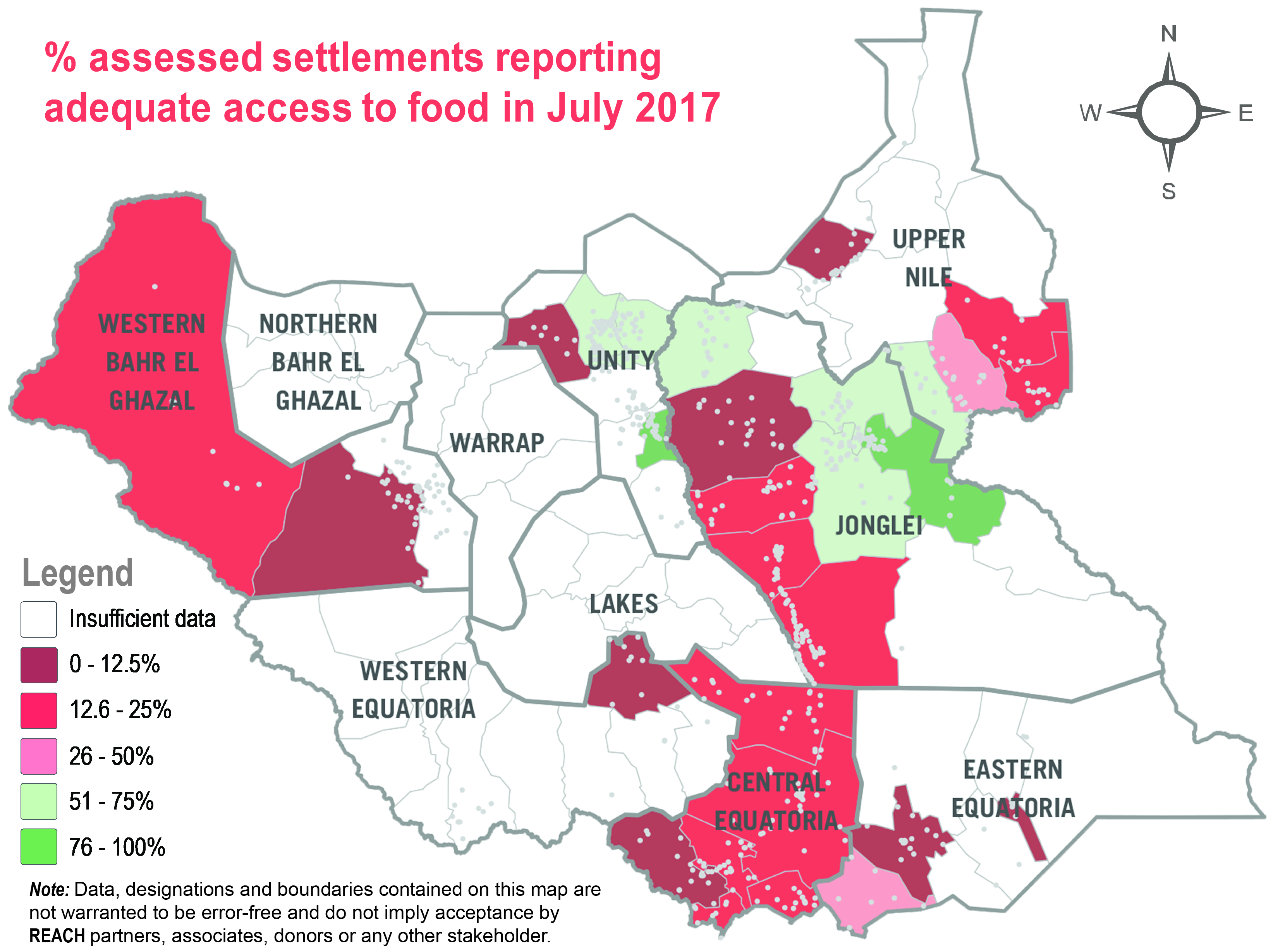 Since July 2016, fighting has been spreading across South Sudan’s Greater Equatoria region and Western Bahr el Ghazal state, disrupting livelihood activities and displacing hundreds of thousands from their homes. The June-July IPC Global Alert on South Sudan estimates that 6 million people are in need of humanitarian assistance. However, persistent insecurity and logistical constrains have consistently impeded humanitarian access and collection of information on the needs of the affected population in hard-to-reach areas.

To understand the extent of South Sudan food security crisis and fill existing information gaps, REACH has been remotely collecting data in hard-to-reach areas across the country. Between 6 and 27 July 2017, REACH interviewed a total of 1,593 Key Informants with specific knowledge of the situation in 736 settlements, located in 43 counties and 7 states including the greenbelt region covering the Greater Equatoria and Western Bahr el Ghazal.

Reflective of a wide-scale deterioration in adequate access to food, food insecurity in the Greater Equatoria region is worrying because this region is traditionally considered a food basket for the rest of country. The Equatoria region receives a two-season rainfall (March-June and July-November) as compared to the rest of the country, and was considered the most food secure part of the country before the outbreak of conflict in December 2013. Without letup in fighting between armed groups, the food crisis is expected to continue worsening in the coming months. To further inform on South Sudan food crisis, REACH has conducted more detailed assessments in 32 counties across the country. Findings will soon be released in individual profiles and have already been used in September IPC analysis to provide contextual understanding of the food security situation in the country.