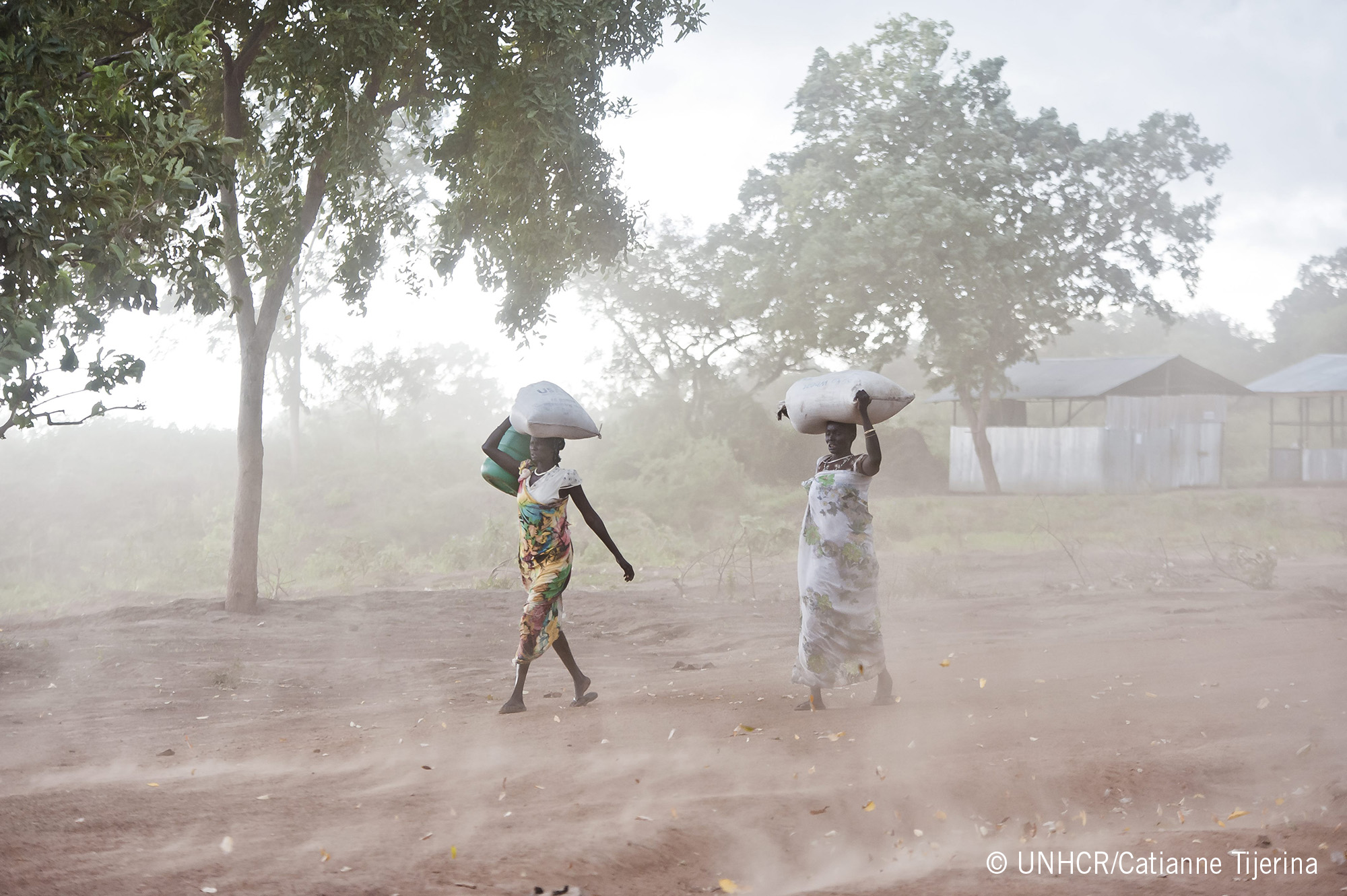 South Sudanese women rush through the rain at the Kule Refugee Camp in the Gambella Region of Ethiopia near the border of South Sudan. © UNHCR/Catianne Tijerina 2014

Since the outbreak of conflict in South Sudan in December 2013, an estimate of 2.4 million people have been displaced to neighbouring countries. The movement has been fuelled by insecurity, economic crisis and drought, yet is but one of the latest waves of displacement seen over multiple generations.

To fill pressing information gaps on the push and pull factors behind displacement, REACH recently increased its cross-border monitoring activities to include assessments on the movements of South Sudanese to and from the country. The first situation overview on the regional displacement of South Sudanese was published in July and consists of data collected between September 2017 and March 2018 through 40 focus group discussions and close to 900 key informant interviews.

REACH findings indicated that the internal displacement and cross border movements of the people of South Sudan are largely driven by the need for safety and basic services. The precarious conditions in the country were laid clear as figures revealed that approximately 50 percent of the settlements of Greater Upper Nile, almost 40 percent of the settlements in Greater Equatoria and more than 70 percent of the settlements in Western Bahr el Ghazal had less than half of their population remaining. The assessment also found that most of the cross-border movement was done by women and children, and movement patterns often reflected linguistic and tribal affinity, as well as the movements that had taken place during previous conflicts. 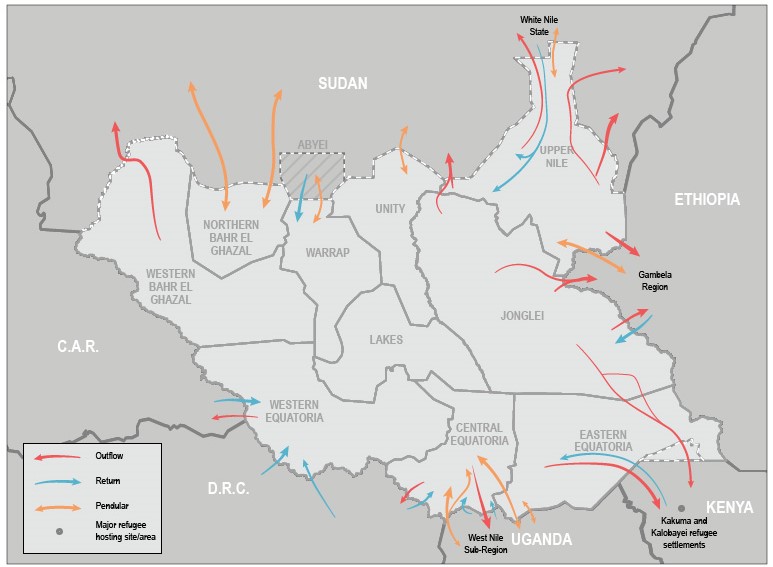 Based on REACH data from, the majority of those leaving South Sudan are women and children heading to refugee camps in in the Gambella region of Ethiopia, northern Uganda, White Nile state in Sudan and the Kakuma refugee camp in Kenya. ©REACH/2018

At the same time, findings noted that the areas seeing high numbers of departures were also at the top of regions seeing high levels of returns. Primary reasons behind returns noted in the assessment included insufficient services in regions of displacement, family reunification, shortages of food, tensions with host communities and the lack of work opportunities in refugee camps. In light of the findings on the pendular movement of people, the assessment underscored that decisions regarding returns and displacement reflected a delicate balance between deteriorating conditions at home and difficult conditions in locations of refuge. Factors affecting decisions on leaving or returning were often further complicated by the shifting and unpredictable provision of aid.

However, for nearly all of the South Sudanese interviewed in Uganda and Kenya, the key reported factor influencing the decision to return to South Sudan was peace – in conjunction with clear conditions. Several respondents noted that it would take more than a bilateral peace agreement to draw them home and emphasised that they would only return after an internationally recognized peace agreement, a handover of political leadership, a disarmament campaign or a repatriation program.

The pendular movement of South Sudanese to, from and within the country reflect the difficulties people face across the region. ©REACH/2018

In order to support informed decision-making and humanitarian programming, REACH will continue to monitor the intentions, movement dynamics and humanitarian needs of refugees and displaced populations in and out of South Sudan.

For a more comprehensive overview of the findings from the assessment, visit South Sudan’s page on the REACH Resource Centre and read the full Situation Overview: Regional Displacement of South Sudanese.