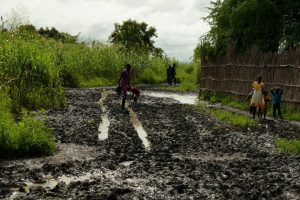 South Sudan is faced with a myriad of challenges, some of which arise from historical marginalization, poverty and under-development, others are driven by more recent events, including the conflict which began in December 2013. Today, more than 2.3 million people – one in every five people in South Sudan – have been forced to flee their homes since the conflict began, including 1.66 million internally displaced people (IDPs).

In September of 2015, the South Sudan WASH Cluster, along with the humanitarian community across the country, undertook the Humanitarian Needs Overview (HNO) process in order to quantify the overall needs and vulnerabilities of the population affected by crises. It was this process that brought to light the large WASH-specific data gap across South Sudan, more specifically the fact that the various assessment formats that WASH actors used to collect baseline data were incompatible and incomparable and could not be analysed against each other. This lack of inter-operable data made it challenging to quantify needs and more importantly, to rank the severity of the WASH situation in the different administrative areas.

To address this information gap, REACH Assessment Specialist, which supports the global WASH Cluster, was deployed to South Sudan in order to support the country WASH Cluster to harmonize assessments between the various partners by developing a baseline assessment tool. This tool was designed to collect the minimum amount of data necessary in order to assess the WASH needs and vulnerabilities at the household level. The tool was finalized and a pilot was set for Akobo County – located in the north-eastern part of Jonglei State and severely hit by insecurity as a result of the attempted coup of December 2013. The first half of data collection took place between January 25th and 29th 2016 and covered the eastern part of the Akobo County, namely Bilkey, Dengjok, Gakdong and Nyandit payams.

Through this pilot of the baseline assessment, REACH, along with WASH Cluster partners, found that although more than half of the assessed population reported having access to a safe drinking water source (63%) through boreholes, 86% of them did not meet the Sphere Standard of 15 litres per person per day, mainly due to lack of water containers (79%), and 89% of respondents reported not treating their drinking water. Furthermore,  78% of households did not have access to a latrine, only 23% of assessed households reported having soap at the time of the assessment and a mere 6% of respondents reported washing their hands at all critical times, generally with water alone (65%). Overall, the findings of the report point to the fact that activities aiming at inducing behavioural changes with regards to WASH practices and attitudes should be implemented in Akobo East, particularly with regards to hand washing practices, open defecation and treatment of water. Coupled with distribution of WASH items such as soap and most importantly water containers, these activities would likely contribute to the improvement of the WASH situation in the Akobo East area.

Moving forward, WASH Cluster partners will adopt the common baseline assessment tool developed by REACH, which will allow the WASH sector to have comparable information and a stronger evidence as a basis for the planning, the implementation and the prioritisation of the WASH response in South Sudan. To read the report click here.