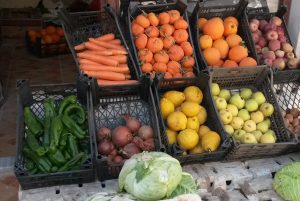 Markets in northern Syria have been strongly affected by the past five and a half years of conflict. Food and NFI prices have risen sharply, the value of the Syrian pound has plummeted, and Syrian families have had to stretch their dwindling budgets further each month to survive. Better access to markets, together with income-generating opportunities are critical components of the humanitarian response and early recovery efforts. Cash-based programming (providing vouchers or cash transfers to help households cover the cost of necessary purchases) can help reach this aim and lighten vulnerable populations’ financial burden, but to successfully provide it, humanitarian actors must have reliable, up-to-date information about the functionality of markets and the cost of living in northern Syria.

In its most recent Market Monitoring Trends Analysis report, REACH analysed all price data collected between January and August 2016 to provide a clearer picture of how the financial burden on Syrian households has changed over the course of the year. The median cost of a Survival Minimum Expenditure Basket (SMEB), which represents the minimum amount of food and NFIs a Syrian household must purchase each month in order to survive, rose by 23% between January and August, peaking in May at fully 37% above January values. This was largely driven by the rising prices of nearly all food items, with the median price of bread in Syrian pounds rising by 38%, bulgur by 82%, and sugar by 121% over eight months. Price changes were closely linked to the rapid inflation of the Syrian pound; the median exchange rate between Syrian pounds and US dollars, which stood at 398 SYP/USD in January, leapt as high as 632 SYP/USD in May before subsiding slightly.

These findings match REACH’s observations over the past two years of the Northern Syria Market Monitoring Exercise, which has in most months reported rising food prices, increasing exchange rates, and an ever-greater cost of living for Syrian households particularly in the context of rapid humanitarian deterioration in the past few months in the region. REACH and its partners in the CBR–TWG will continue to monitor markets in order to inform cash-based programming in northern Syria.

Access the latest overview of the monthly Market Monitoring exercise from October here.