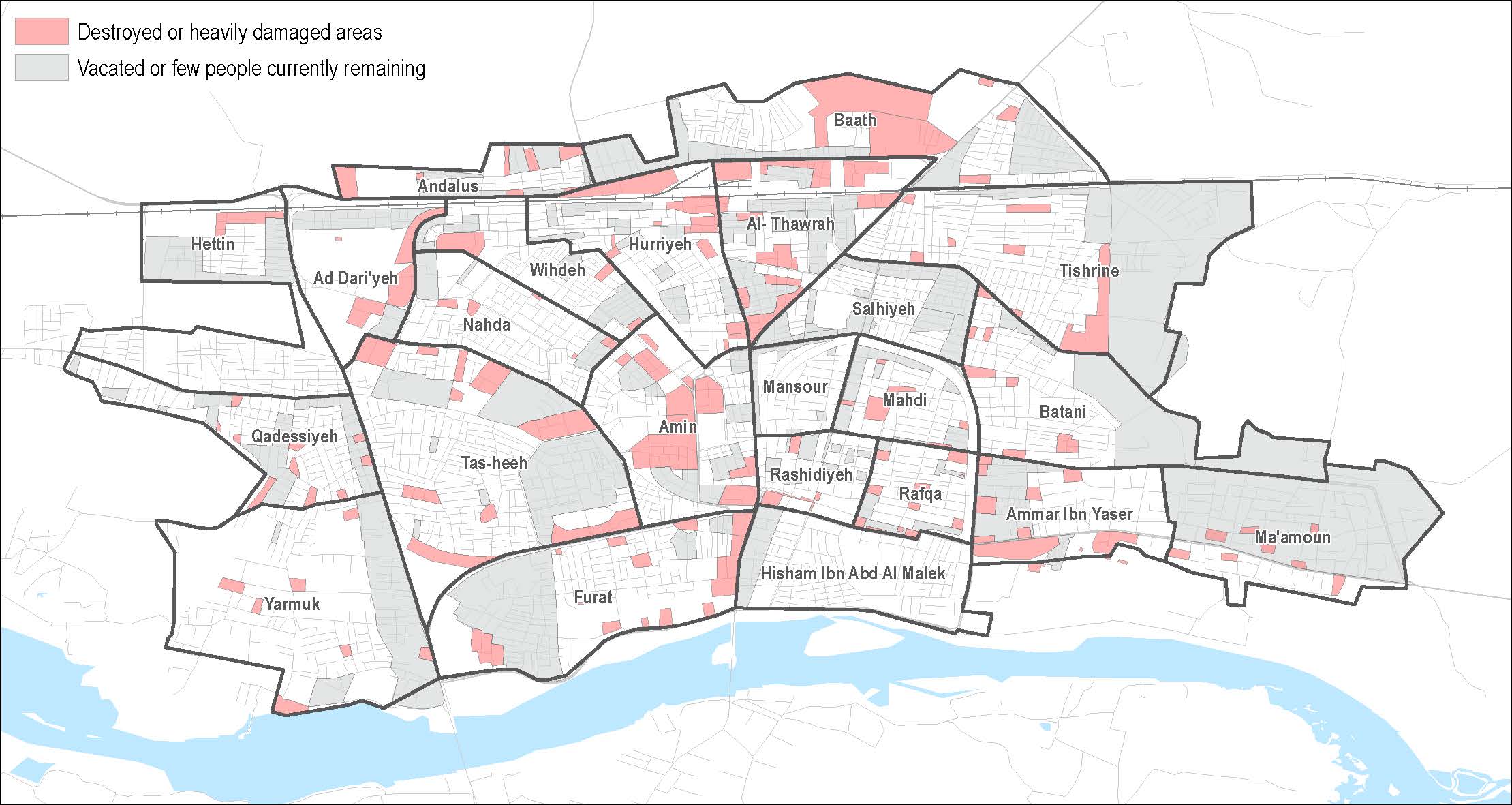 On 6 June 2017, the Syrian Democratic Forces (SDF) announced the start of an offensive aiming at taking control of Ar-Raqqa city from the group known as the Islamic State of Iraq and the Levant (ISIL). The offensive started in the eastern and western neighbourhoods of the city, with ground fighting in these neighbourhoods supported by airstrikes in and around the city.

Humanitarian access and information on the situation of civilians within the city is extremely limited, due to strict movement restrictions, controls on information flows, and safety and security issues. In response to the urgent need of information on the humanitarian situation within Ar-Raqqa city, between 19 and 22 June 2017, REACH conducted a rapid assessment of food and markets, cash, shelter, non-food items (NFIs), basic WASH and health services, and the protection situation within the city. Information was collected through direct qualitative interviews and participatory mapping exercises with 23 Key Informants (KIs) who had left Ar-Raqqa city since the beginning of June.

The assessment found that since the beginning of June, there has been a steady deterioration in the overall humanitarian situation. The escalation of conflict has led to significant movement of civilians within and out of the city. Parts of the city are completely abandoned, with the overall population estimated to have decreased from 229,000 to 100,000-140,000 over the past six months, the majority having left in the past two months. However, civilians are now increasingly restricted in movement and prevented from leaving both by ISIL and due to safety and security concerns. In the immediate term, safety, security and protection of civilians remains a primary concern. They have reportedly been at risk of conflict-related incidents (airstrikes, improvised explosive devices, landmines and traps) in certain parts of the city, as well as facing issues such as family separation, forced and early marriage, recruitment by armed groups and theft/robbery.

Furthermore, the food and health situation is declining rapidly. Food stocks are running low across the city, as ongoing conflict has cut the main supply routes to food markets and lack of alternative food sources has resulted in people relying on food stockpiled in anticipation of the offensive. Health services have also deteriorated since the beginning of June, with only one hospital reportedly functioning which commonly does not serve civilians, and a lack of medical staff, medicine and medical supplies across the city.

Ongoing conflict will only continue to decrease the availability of food and access to basic services, and civilians remaining within the city will likely continue to face severe protection risks. This assessment is the first of a series of rapid assessments that REACH intends to conduct, to allow ongoing monitoring of the situation and provide regularly updated humanitarian information.