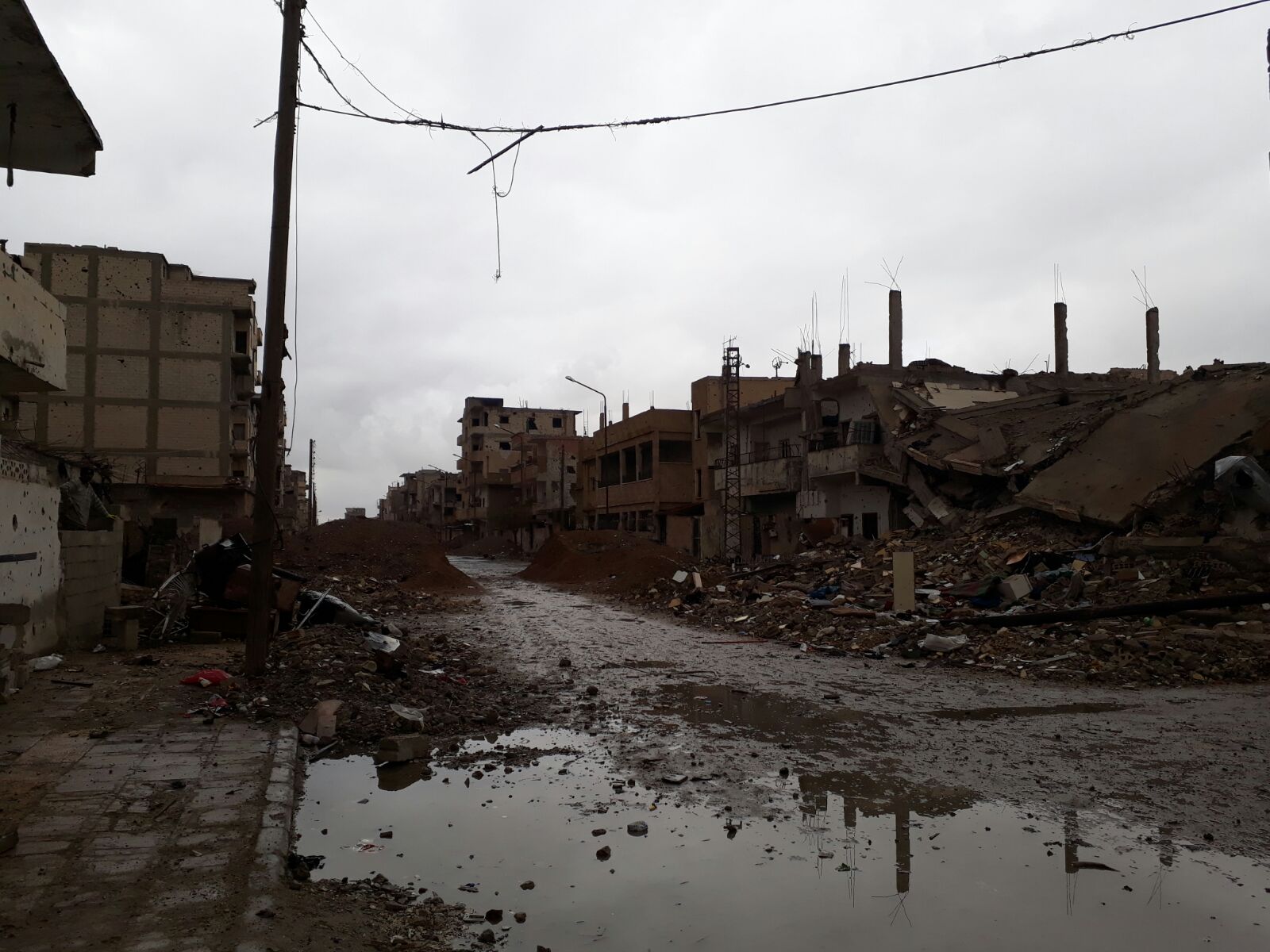 Since the expulsion of the group known as the Islamic State of Iraq and the Levant (ISIL) and the cessation of conflict in Ar-Raqqa city in October 2017, voluntary returns have been observed across the city. Restoration of critical infrastructure and resumption of services for residents has been limited thus far, impeded by information gaps on the functionality of infrastructure and service delivery networks.

In order to address these gaps, REACH has conducted an assessment to clarify the status of infrastructure and facilities, as well as the barriers to increasing services. REACH collected data for the assessment between 4 and 13 February 2018 through interviews with 69 Key Informants with sectoral expertise and contextual knowledge in Ar-Raqqa city. REACH has also produced an atlas of structural damage in the city using satellite imagery and data on 398 major infrastructure points. The atlas aims to facilitate planning and implementation of humanitarian activities.1

The assessment found there is severe infrastructural damage throughout Ar-Raqqa city. There were 12,668 satellite-detected damaged or destroyed structures by the end of conflict in October 2017, a sharp increase from the 1,667 total affected structures in February 2017. Approximately 25,000-27,000 households are now living in Ar-Raqqa city amidst this destruction. The areas with the highest levels of returns are the outer eastern and western neighbourhoods of Ma’amoun and Ammar Ibn Yaser (Meshlab), Al-Thawrah (Qaraba) and Tishrine/Baath (Rmelah); in contrast, the city’s central and northern areas have the highest levels of conflict-related damage and are the least populated.

Services and facilities are limited due to widespread unexploded ordnance and damage to the electrical network. No hospitals are currently operational, for instance. Building damage and the lack of power are preventing functional private clinics from expanding services in response. Additionally, water trucking is reportedly the primary source of water for most neighbourhoods because the water treatment station is undergoing repairs.

Public facilities that residents frequently utilize are also below capacity. An example is the limited availability of education services in Ar-Raqqa city due to the destruction of many schools during the conflict. Only eight education facilities are currently operational and are reportedly serving between 5,550 and 7,200 children. Private markets also have limited capacity, as no core food items (such as flour and lentils) are available in five neighbourhoods. 22 bakeries are functioning but are unable to increase their production in the absence of electricity and fuel.

REACH notes the urgent need to restore infrastructure and clear unexploded ordnance in order to re-establish other critical services and to ensure residents’ safety in Ar-Raqqa city. REACH will continue to assess humanitarian conditions to inform the ongoing response.

Access REACH’s Humanitarian Atlas of Ar-Raqqa here and find the Situation Overview on Infrastructure and Basic Services at this link.