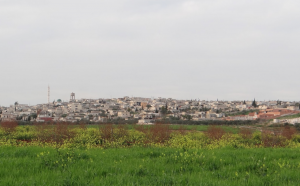 Since its onset almost five years ago, the conflict in Syria is estimated to have brought about the internal displacement of approximately 7.6 million people within the country, a vast majority of whom live in non-camp settings. As of 2014, almost 75% of Internally Displaced Persons (IDPs) lived in host communities, either for free with host families or in rented accommodation. Furthermore, at least half of the IDPs in Syria have experienced multiple displacements as a result of the spread of violence, depleted capacities of host communities, or difficulties faced in accessing livelihoods.

While humanitarian actors have been able to acquire a baseline of information about populations living in camps and collective shelters in Syria since the start of the conflict, far less is known about IDPs in non-camp settings. Additional to this information gap on the needs of displaced communities in non-camp settings, thorough understanding of multiple displacement dynamics and trends also represents an important information gap. These gaps then hinder efforts to better assist non-camp populations and communities hosting IDPs.

In an effort to address these gaps and to provide information on displacement trends and patterns in Syria, REACH is conducting a series of case studies in Syria to understand displacement patterns, intentions and humanitarian needs of IDPs in northern Syria. In this specific case study, REACH assessed two groups of IDPs who fled from Halfaya in Hama governorate to Kafrsajna and Maar Tahroma in Idleb governorate. Displacement from Halfaya to these destinations began in April 2012 in response to increasing conflict in rural Hama. In February 2015, nearly all of the households from Halfaya that had sought refuge in Maar Tahroma left and relocated to Kafrsajna.

The case study employed a micro-level approach which could shed light on multiple displacement and IDP-host community tensions. To this end, a multi-stage assessment was designed and household interviews conducted with two groups from Halfaya- one which went to Maar Tahroma and then to Kafrsajna and one which went to Kafrsajna directly. Findings indicate that IDPs from Halfaya who left Maar Tahroma for Kafrsajna departed due to tensions with the host community, rising rents, and a failure to obtain livelihood opportunities. Furthermore, relative ease of access to services and aid were cited as primary pull factors for Kafrsajna. On the other hand, those who decided to remain in Maar Tahroma cited the relative shelter and security of the site as key pull factors for not moving.