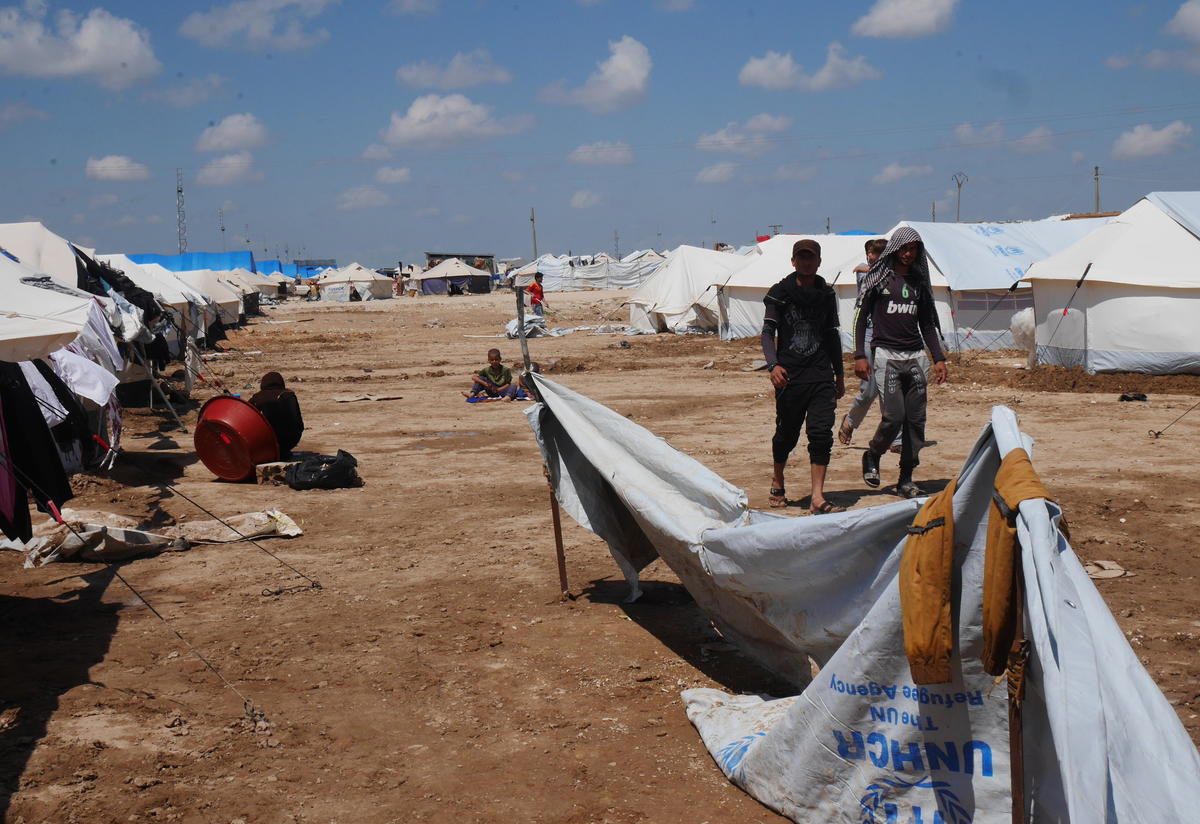 Throughout 2016 and 2017, conflict in and around Ninewa governorate in Iraq has led to mass displacement across the border into neighbouring Syria. Over 15,000 Iraqi refugees have been received in Al Hol camp in Al-Hasakeh governorate since October 2016. Additionally, ongoing conflict across Syria, including in Deir-ez-Zor and Ar-Raqqa governorates, has led to internal displacement to Al-Hasakeh governorate. Many IDPs stay temporarily in Al Hol camp before being transferred to elsewhere in Syria. Meanwhile, humanitarian access to Al-Hasakeh governorate in North-East Syria has steadily increased, allowing numerous NGOs to assist with service provision in camps such as Al Hol. However, a lack of detailed sectoral information has raised response challenges, hindering targeting and prioritization of assistance as well as inhibiting future programme planning.

Therefore, REACH conducted an assessment to provide comprehensive information on the humanitarian situation in Al Hol camp. Household data was collected in the camp between 19 and 23 April 2017, on shelter, non-food items (NFIs), water sanitation and hygiene (WASH), health, livelihoods, food security, protection, education, as well as community organization. Findings are representative with a 95% confidence level and 10% margin of error. This data was complemented and contextualized by detailed interviews conducted with camp management. In addition, REACH produced an operational map of the camp layout, infrastructure, road mapping and WASH facilities.

The assessment found that the camp had a population of approximately 20,000 housed in 4,000 shelters, all of which were occupied. However, extension was ongoing, with the ultimate reported goal of expanding to 8,250 shelters. 97% of the camp population were Iraqi refugees from Ninewa governorate, whilst 3% were Syrian IDPs from Deir-ez-Zor, Al-Hasakeh, and Ar-Raqqa governorates. Overall, 30% of households reported intending to depart from Al Hol within three months.

As conflict continues across the border and escalates in nearby Ar-Raqqa and Deir-ez-Zor governorates, REACH will continue to monitor and assess the situation in Al-Hasakeh to better inform humanitarian planning and response.