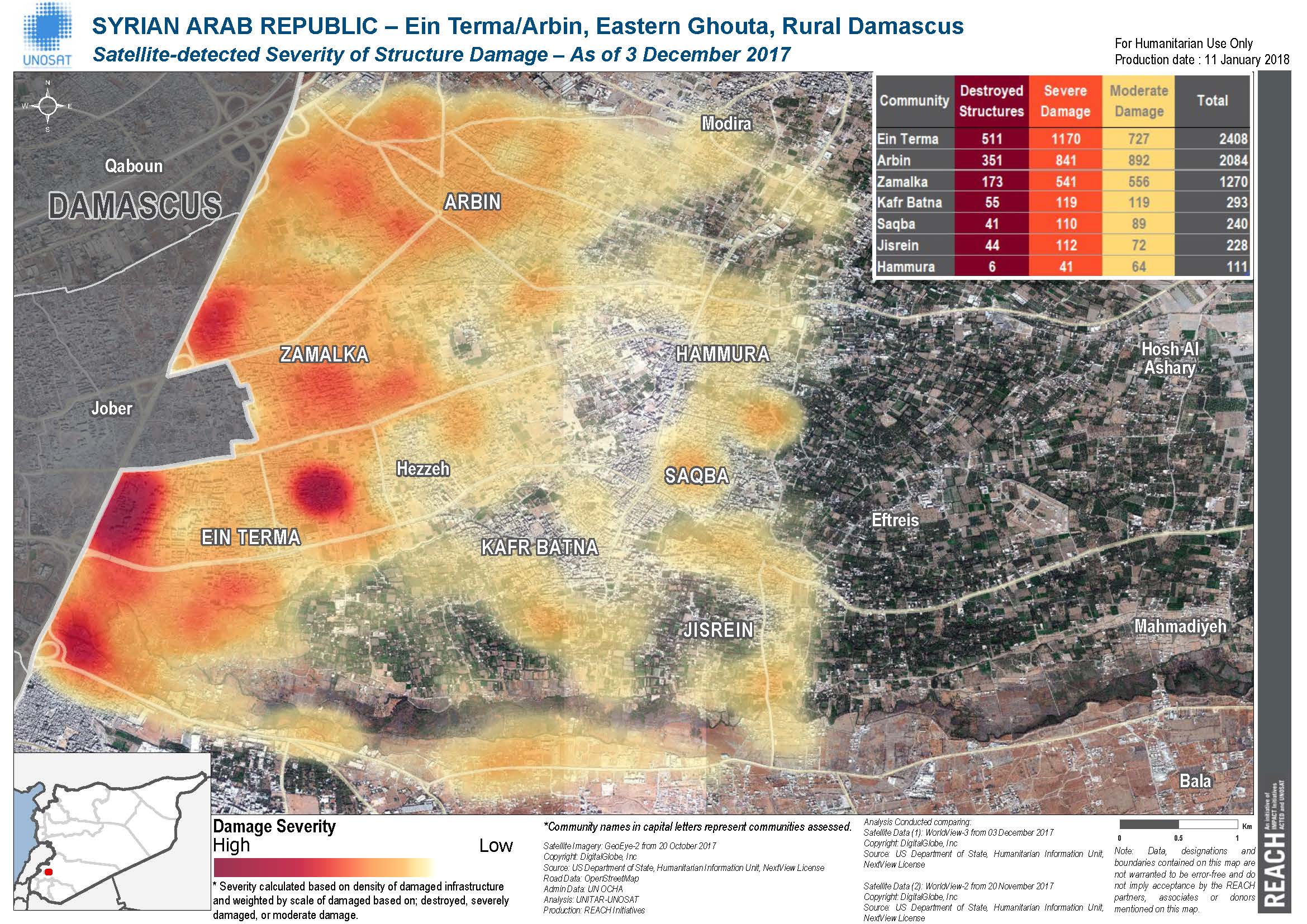 Analysis of damaged structures as of 3 December 2017 in the Ein Terma/Arbin area of Eastern Ghouta. ©REACH/2017

Since October 2017, the humanitarian situation in the besieged area of Eastern Ghouta has strongly deteriorated. Following a ban on the entry of commercial vehicles – the main source of food and hygiene items for residents – reports of infant deaths and widespread malnutrition among children made headlines.[1] To better understand the impact of access restrictions in besieged and hard-to-reach areas, REACH, in partnership with the Syria INGO Regional Forum (SIRF) released monthly updates on the situation in Eastern Ghouta in November and December.

According to REACH findings, the situation worsened further in November, as access restrictions on the entry of commercial vehicles continued. Residents faced critical food insecurity and reportedly began going days without eating and consuming non-edible plants to cope with an alarming lack of access to food, which was prohibitively priced and not always available for purchase. Conflict intensified in the area, and schools were reportedly shut for the majority of the month to protect students and teachers from shelling and airstrikes.

Meanwhile, the situation in December remained critical, although there were some small improvements. Schools re-opened, and a small number of medical evacuations were permitted for the first time since the area was classified as besieged. However, some individuals, including infants and children, have reportedly died while waiting for permission to be evacuated.[2] A critical lack of access to food, fuel, and medical items persisted and, in the words of the UN, humanitarian assistance did not reach “a single soul in Syria” in December.[3] This includes Eastern Ghouta, where 94% of Syria’s besieged populations reside.[4]

If restrictions on humanitarian and commercial access are not lifted and conflict continues, the humanitarian situation is expected to deteriorate rapidly in January. REACH will continue to monitor the situation in Eastern Ghouta to assess humanitarian needs and inform potential responses by UN Agencies and NGOs.