Informing the Response to the Rapid Influx of Refugees into Kurdistan, Iraq

Voices from the Field : Featured Report Iraq : In the Kurdish region in northern Iraq, a massive influx of Syrian refugees since August 15 has taken the humanitarian stakeholders by surprise. With already 149,258 refugees settled in Domiz camp and among host communities, an estimated 56,000 additional individuals arrived between mid-August and September 5. In […]

REACH Project to anticipate winterisation needs of Syrian refugees living in Za’atari Refugee Camp to enhance aid service delivery With temperatures dropping and winter fast approaching in Jordan, +100,000 Syrian refugees living in the Za’atari Refugee Camp may be at risk if not equipped with proper shelter and winterisation items. ACTED through its REACH initiative, […] 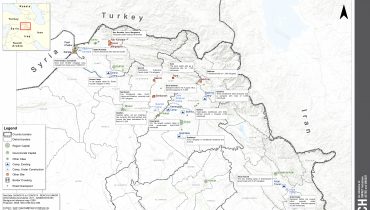 Voices from the Field : Featured Map In August and September 2013 heavy fighting in north-eastern Syria provoked a sudden wave of people crossing the border into Kurdistan Region of Iraq. In order to respond to this influx, the Kurdistan Regional Government has been accommodating the refugees in numerous transitional sites while more permanent ones […] 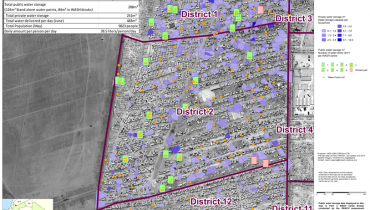 Voices from the Field : Featured Article Jordan : 120,000 Syrians are currently finding refuge in Za’atari refugee camp in north Jordan, situated in Mafraq governorate less than 10 kilometres from the border with Syria. Providing refugees with their essential daily needs is a challenging task that requires careful analysis of the situation and extensive coordination. […]