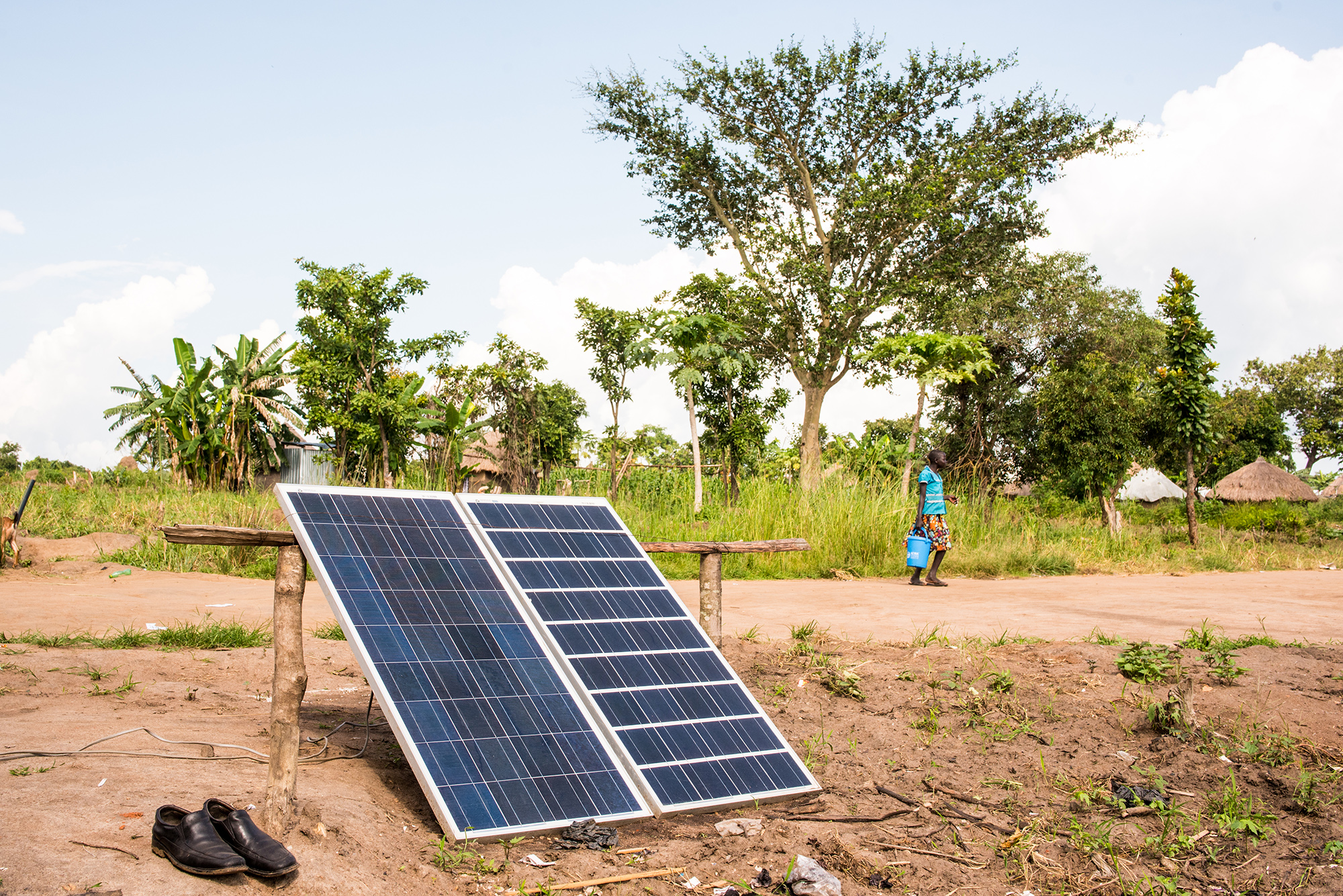 Almost 95 percent of host community and close to 90 percent of refugee households were reported to be in need in the environment and energy sector. This was mostly due to the prevalent use of unsustainable fuel sources, such as firewood and charcoal. © ECHO Consortium led by DRC / 2018

Uganda has a long history of hosting refugees, yet the landlocked country has seen a significant influx of new arrivals in the course of the past three years. This has been largely due to Uganda witnessing the effects of instability in South Sudan, Burundi and the Democratic Republic of the Congo within its borders, which has led to Uganda growing to be the biggest refugee host in Africa.

Even though the influx of recent refugee arrivals has been substantial, the populations have joined vast refugee communities from, for example, Ethiopia, Eritrea and Rwanda, who have settled in Uganda over the past decades. Needless to say, the significant number of arrivals, their range of origins and varying lengths of displacement, have created a high demand for information on the humanitarian needs of both the new refugees as well the host communities already residing in Uganda.

At the request of the United Nations High Commissioner for Refugees (UNHCR) and the Ugandan government’s Office of the Prime Minister, REACH facilitated a joint multi-sector needs assessment (JMSNA) with the support of the UNHCR and the European Civil Protection and Humanitarian Aid Operations department. The JMSNA aimed to compare humanitarian needs across refugees and host communities in order to highlight population groups, humanitarian sectors and regions of most concern. Data collection was carried out from April through July, in all 30 refugee settlements and 11 host community districts.

Once collected, REACH analysed the data with a methodology that allowed for determining if a households was considered to be in particular need in regard to each of the assessed humanitarian sector, and hence more vulnerable to external shocks. These households were then labelled as PINs or People in Need.

In order to provide a snapshot of the assessment, REACH listed three findings that stood out from the comprehensive report. These examples provide a concrete picture of the versatility of conditions affecting both refugee as well as host community households in Uganda.

Environment and Energy – Highest need among both population groups

Almost 95 percent of host community and close to 90 percent of refugee households were reported to be in need in the environment and energy sector. According to the JMSNA, the use of unsustainable fuel sources, such as firewood and charcoal, led to households being categorised as PINs. Other factors used to determine household needs in the sector included access to light sources and improved cooking stoves as well as the household’s ability to participate in agricultural training.

According to the findings, education was the only sector in which host community households scored as being in higher need than refugees with 37 percent to 17 percent reporting needs respectively. Furthermore, 41 percent of host community households with school-aged children were found to have at least one child not attending school. This created a stark contrast to the figures from refugee households, of which 20 percent reported the same challenge.

The multi-sector needs assessment compared humanitarian needs across refugee and host communities in order to highlight population groups, humanitarian sectors and regions of most concern. Access the comprehensive report here.

Overall, significantly higher proportions of refugee households were categorised as in need in five or more sectors, as compared with host community households. When it came to geographical locations, more than half of refugee households in Kamwenge and Kyegegwa districts were found to be in need in multiple sectors. Among host community households, the highest percentages of households with multi-sectoral needs were found in Yumbe and Arua districts. Overall, the highest proportions of households with multi-sector needs were found to reside in Kamwenge, Hoima and Kyegegwa districts, the latter two hosting a large number of recently arrived refugees from the Democratic Republic of the Congo.

Based on the findings of the multi-sector needs assessment, it is clear to note that both refugee and host community households have critical and diverse needs in a variety of humanitarian sectors. The information gathered by the joint multi-sector needs assessment provides a up-to-date tool to support humanitarian and development actors in designing targeted interventions that address the needs of various population groups, be they refugees or host communities living in distinct locations or adjacently together.

For a more comprehensive overview of findings from the assessment, please visit the Uganda page on the REACH Resource Centre and download the comprehensive report.